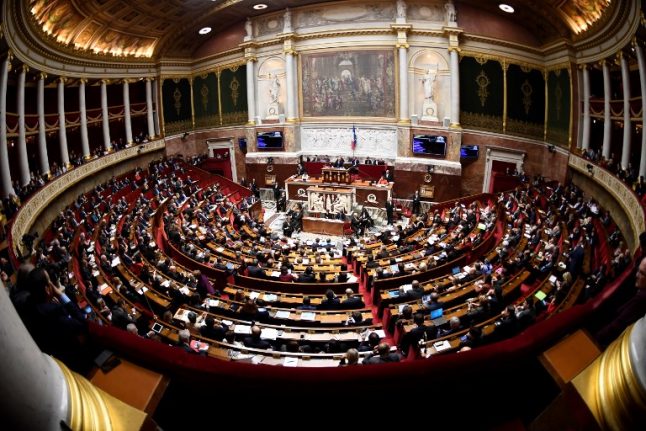 France's government unveiled draft legislation on Wednesday setting out preparations for a possible no-deal Brexit, with authorities already recruiting customs officers to secure the border along the English Channel.

France's Europe minister Nathalie Loiseau (pictured below) stressed that the legislation was subject to change given that so many uncertainties remained ahead of Britain's scheduled departure from the European Union on March 29 next year.

But the law will cover what would happen to French citizens living in Britain and vice versa in the event Britain crashes out without a deal, as well as how businesses working across the Channel would continue to operate. “A good deal on Britain's exit is still possible, but we must prepare for all scenarios, including no deal,” she told reporters.

“We must make sure that in the absence of a deal on March 30, 2019, Britons living in France do not find themselves suddenly with irregular (immigration)
status,” she added.

France is seeking a “reciprocal” arrangement whereby London and Paris would treat each others' expat citizens equally, she said.

“We want to reach the best situation possible with a view to – and that is quite normal – working in a spirit of parallelism and reciprocity between the status we’ll give UK residents in France and the status given to EU citizens in the UK,” Loiseau told reporters on Wednesday.

The word “reciprocal” will worry some Brits in France because it leaves the ball in the UK's court. All will depend on what rights the British government choose to grant EU citizens already in the UK and with the Tory government seemingly in endless turmoil over Brexit it's still unclear what those terms will be.

The law will also seek to protect the rights of French people returning from Britain in terms of recognising the pension contributions they may have paid there, or academic qualifications they have picked up.

A press release sent out by the Elysée Palace after this morning's cabinet meeting said the purpose of the bill is to give the government the power to quickly adopt urgent new laws by decree if Britain crash out of the EU.

“These measures first relate to British persons who, on the day of the withdrawal, will be subject to French law, particularly as regards to right of entry and residence, employment, exercise of an activity… social rights and social benefits.

The Brexit bill will further include measures on the movement of people and goods between the two nations — still an issue of huge contention between London and Brussels — including customs arrangements for imports and exports.

“It means we need to recruit customs officers and they already started recruitment,” Loiseau said in a response in English to a question from a reporter.

French MPs will start debating the bill in early November.

A French government source compared the list of problems sparked by a possible no-deal to “a Himalayan mountain” in comments to AFP on Tuesday.

Such a situation would plunge both Britain and the EU into a legal, logistical and security vacuum.

Without emergency legislation, Britons living in France would suddenly be illegal and the Eurostar train service could no longer operate as its drivers require European licenses.

Last month, EU leaders rebuffed Prime Minister Theresa May's proposal for future economic ties, ordering her back to the drawing board just weeks before an October 18-19 summit at which the two sides had hoped to finalise a deal.

The deadlock accentuated fears of Britain crashing out of the bloc next March without a deal, a scenario for which London has already set out contingency plans.