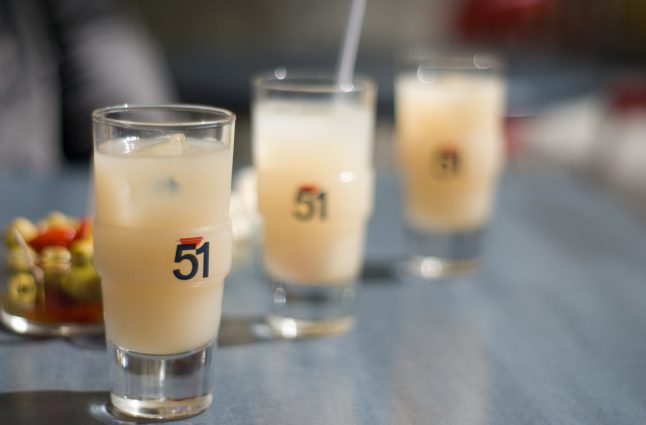 How important is the apéro really?

One word you’ll hear all the time when around French locals is apéro. It’s short for aperitif and according to one survey on the custom, as many as nine out of 10 French people engage in these pre-dinner drinks.

And obviously being in France, the pre-food tradition involves food.

“The apéro is a just another opportunity to enjoy the French way of life” says Youtuber and French lifestyle expert Geraldine Lepere, who runs the site Comme une Francaise.

“The apéro is one of the many French traditions around food. And as a true francophile, you understand that food is sacred to French people,” she says.

Where does the tradition come from?

According to some online dictionary definitions the word apéritif literally means “a laxative liqueur” (but maybe that just depends on how much you drink.)

The word originates from the Latin term “aperire”, meaning, “to open”.

An Anthropology thesis on the social history of the apéro from a student at Aix-en-Provence University explains the meaning of this. In the Middle-Ages, plant-based drinks were used to stimulate the appetite before the evening meal, so creating the aperitif.

Isn’t it just a more sophisticated way of saying “anyone fancy a drink?”

The traditional apéro distinguishes itself from a casual drink by its timing (pre-meal) and presence of fairly posh nibbles, but yes, you’ll often hear the term used and abused in any situation involving evening drinks.

In cities especially, plenty of people also refer to a ‘happy hour’ (pronounced in French style as ‘appy houeer’) which is a period (usually longer than an hour) when certain drinks are discounted. This is usually also an early-evening, post-work, pre-dinner thing similar to an apéro.

So what exactly do you drink?

Depending on taste, traditions and where you live in France you could drink anything from the famous anise flavoured liqueur called Pastis to a traditional “Kir” – “a popular French cocktail made with a measure of crème de cassis topped up with white wine”.

But you could also drink tipples like Campari, Aperol, Lillet or Vermouths. Wine is on the increase as an aperitif, as some apéro purists argue that strong spirits numb the palate. For this reason, sweet wines like Muscat and champagne. Nowadays, you wouldn’t be sneered at for bringing speciality beer or even good quality juices.

And don’t be surprised if you’re offered a good single malt Scotch whisky, which the French drink as an aperitif or a digestif.

What do you eat?

The nibbles are almost as important as the drinks: delicate finger food, salmon blinis, olives, breads and pâtés, slices of cheese, saucisson.

Taramasalata or just tarama in France is a pillar of the apéro as is houmous, tapenade and bowls of cherry tomatoes. Foie gras might even be served up for the posher aperitifs. In some cases, particularly good crisps will be accepted (that means no Pringles or barbecue Lays).

“If you’re invited to someone’s place for an apéro, it’s always a good idea to bring something. And bring something sophisticated. Not cheap beer and crisps,” says French culture expert Lepere.

If the nibbles are aplenty and of a decent standard, the affair may even be billed as a full “apéro dînatoire” which is a meal made entirely of apéro-style snacks.

What do you do at an apéro?

First and foremost, you chat and mingle.

Unlike some other drinking cultures we could name, French drinking traditionally centres around sociability, conversation and relaxation over partying. Whereas Anglophone cultures often eat before drinking to “line the stomach”, the apero is more of a moment to enjoy the drink in itself, in the knowledge that the coming meal will undo many of the effects of the alcohol. (Photo: ADT 04/Flickr)
What do you talk about at an apero?
According to an Ifop survey, 90 percent of French people believe that the conversation is the most important part of a successful apéro, so you need to have your best anecdotes ready. The most popular topic of conversation is general news, followed by how your family is getting on. Talking too much politics or gossiping about people who aren’t there might be considered a social faux pas, as these topics were ranked the lowest among French people.

Official evening apéro time is a source of great debate in France.

Times range between 6pm and 9pm depending when you’re planning to eat.

And while most apéros do have a fixed time it’s not that unusual, especially among young people, for a post-work apéro gathering to turn into more of a no-dinner drinking session. If that happens and you’re in a bar, the best thing to do is order a planche – a platter of cheese, charcuterie or both with bread to soak up the booze.