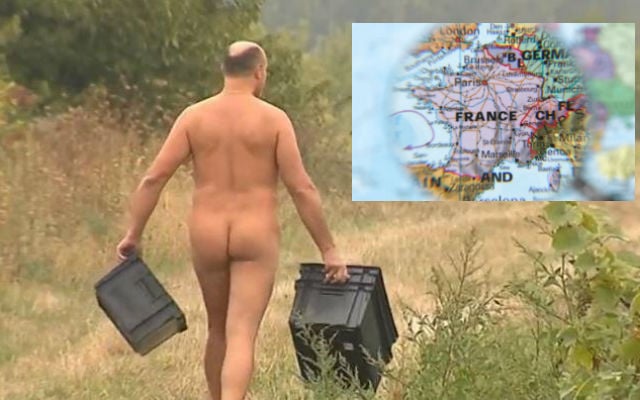 'The British have pilfered everything'

There was anger in Normandy this week when fisherman returned in their boats on the first day of the official scallop fishing season.

The French fishermen returned on Monday with only a 12th of their usual haul from the Baie de Seine area where the plentiful scallop fields normally offer rich pickings.

They blamed the British fishermen who have been raiding the stocks since August, getting a lead on their French counterparts who are banned from fishing for scallops before October 1st.

French fishermen told France Info radio they returned with 360 kilos after 12 hours of fishing whereas it would normally only take two hours to net a tonne of scallops.

“It's a disaster, they've scraped up everything. We can say thank you to the British, it's like being in May on the closing day of the season, there's nothing left,” said one fisherman.

As The Local reported British and French fishermen were involved in skirmishes in the sea off the coast of France at the end of August which saw stones thrown, insults hurled and boats rammed before the two sides reached an agreement after fraught talks.

Naked grape picking in the Auvergne

For the second year running, naked grape pickers have taken to vineyards in the Auvergne region of central France.

Grape harvest season is well underway in France and naturally some naturists prefer to do it in the buff, despite the autumn chill.

The French Federation of Naturism organised the naked grape picking in a vineyard in the Puy-de-Dome part of the Auvergne.

“We wanted to show that naturism is a way of life, a concept of life that you can practice while doing many different activities,” said Thierry Guillot, president of the Auvergne branch of the French Federation of Naturism.

It's worth a reminder that 2.6 million people practice naturism in France.

The search is on in Charente-Maritime to find the owner of a lottery ticket now worth one million euros. The ticket was bought in the town of Saint-Germain-de-Lusignan on August 10th.

The Euromillions winner now has only seven days  to come forward or the risk losing their jackpot.

Police in the Dordogne are hunting for the killer of a well-known shopkeeper in the town of Perigueux.

The 65-year-old Hervé Contie ran a leather shop in the old town after running the Wagram shop. He was also involved in the local rugby scene for many years and was popular among locals.

He was murdered at his home on Rue Charnay-Frachet.

Price of a burial spot in Paris goes through the roof

The lack of burial space in Paris is sending the prices of a place in a cemetery sky high, according to a new report.

The prices of a burial spot is so high basically because there are only around 150 places for 5,000 requests.

The problem is 97 percent of grave plots in Paris have been sold to families “for life”, whereas it is now the norm to sell them for 10 or 50 years.