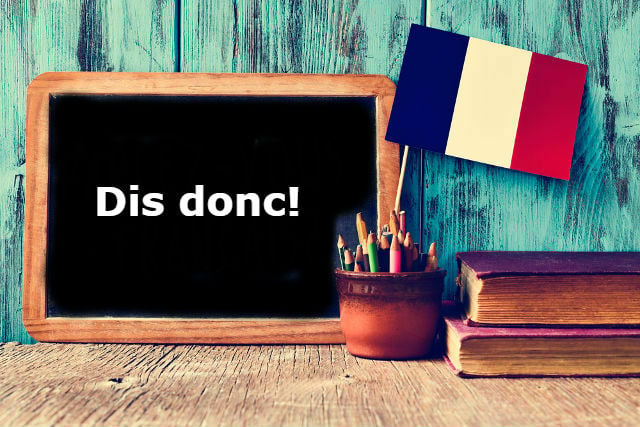 Why have we chosen Dis donc?

This is an expression you'll hear used a lot in everyday conversion and it's a great to drop in here and there yourself if you want to sound authentically French.

So what exactly does it mean?

While it literally means 'say then' it would really be equivalent to 'wow', 'goodness', 'hey!', 'well,' and 'listen' and is usually used to express surprise or admiration.

But it can also be used to reinforce a negative comment, such as in the following example: Dis donc, tu es à ma place, là! (Hey! you're in my spot!).

You can also tack on other words to give the expression a slightly different meaning.

For example, Bah, dis donc! might sound more like a noise likely to come from a percussion instrument but if you use it in French conversation it means 'Well, I never!' or 'You don't say!'.

It's also worth noting that Dis donc is the tu form of this expression, the plural or formal vous form is Dites donc and you're much more likely to hear it conversation than in written form.