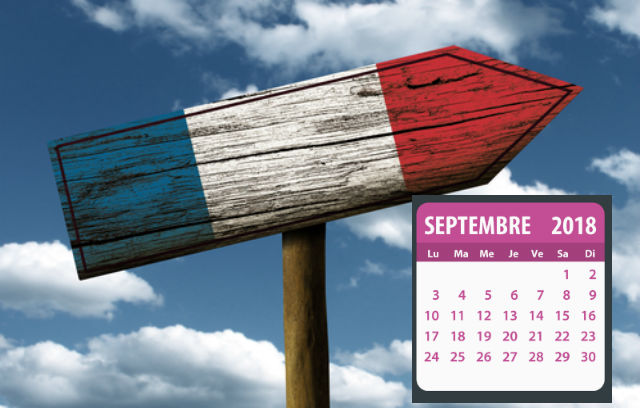 The 2019 budget will be presented in the Council of Ministers on Monday. French President Emmanuel Macron has already announced that it will see a tax cut of €6 billion for French households.

Fashion week is set to start in Paris, showcasing designs for spring/summer 2019. Macron heads to New York for the United Nations General Assembly, with international trade and an attempt to rescue the Iranian nuclear deal both on the agenda. The French president will separately meet his US and Iranian counterparts, Donald Trump and Hassan Rouhani, during the trip.

France's national ethics committee is set to deliver its view on extending “medically assisted procreation” (known as “PMA” in France) to lesbian couples and single women.

During his trip to New York, Macron will come together with several heads of State and business leaders who took part in the One Planet Summit in December 2017 to bolster collaboration for ongoing multilateral climate action.

French MPs are set to vote on a bill to combat fraud. Arnold Schwarzenegger and French President Emmanuel Macron after the One Planet Summit in December 2017. Photo: AFP

This five-day festival features premieres, short films, and competitions celebrating the best of British in the world of cinema.
Each year some of the biggest names in French and British cinema descend on the Breton seaside town, and a jury of leading figures shortlists six films, with the best one awarded the Golden Hitchcock.
The president of this year's event is Italian actress and model, Monica Bellucci. Dinard Film Festival website
Thursday Sept 27th
The bosses at Air France are set to meet with unions to discuss the long-running pay dispute. Unions have already threatened the airline with a repeat of the 15 days of strike seen in spring if their demands for a 5.1 percent wage increase are not met.
Macron heads to the French overseas territory of Martinique in the Caribbean.
The 2018 Regional Congress, which has seen regional elected representatives gather together once year for 14 years, will be held in Marseille.
Friday Sept 28th
Emmanuel Macron's ex-security chief Alexandre Benalla is set to attend his hearing with the examining magistrates charged with investigating his behaviour in attending a demonstration where he was filmed roughing up May Day protesters.
The Ryder Cup golf tournament will be held from September 28th-30th on the Albatros Course of Le Golf National in Saint-Quentin-en-Yvelines, a suburb southwest of Paris. It will be the second Ryder Cup to be held in Continental Europe. Photo: AFP
Saturday Sept 29th
For any sport lovers out there, or indeed those still looking for the right sport for them, the Sentez-Vous Sport event in Paris could be just for you. This annual event gives you the chance to try some 30 different kinds of sports, including horse riding, climbing and fencing, all for free.
Sunday Sept 30th
Vintage cars will take over the streets of central Paris on Sunday, with a huge parade of historic vehicles in honour of the 120th anniversary of the Paris Motor Show 2018 set to open on October 4th.