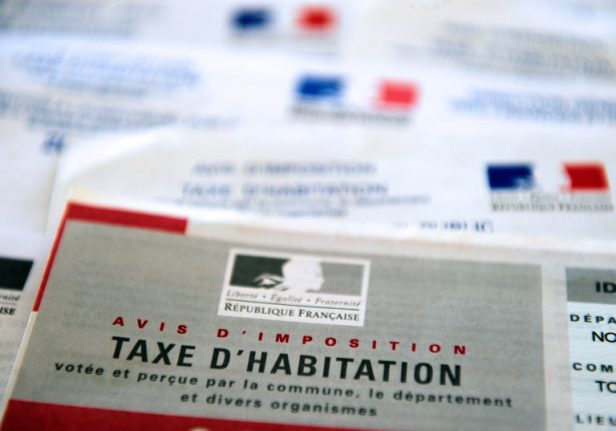 Photo: AFP
French Budget Minister Gerald Darmanin who presented the 2019 budget on Monday has boasted about the measures being the “biggest drop in taxes for households since 2008”.
“More than €6 billion euros of levies and taxes will be returned to French people next year,” the government vowed.
Some of the measures could leave you that little bit richer while others will see your pocket take a hit.
Here's what you need to know.
Private sector workers
Anyone working in the private sector should see their salary rise next year thanks to the government deleting two separate levies or social charges from their pay.
Contributions (cotisations) for illness (0.75%) and unemployment (2.4%) that are deducted from worker's pay each month will no longer be taken.
Although it isn't really a new measure.
In fact, the move was decided in 2017 as part of the 2018 budget, with the cotisations slashed first in January 2018 and the second cut set to take place in October.
However the government has included this measure in their overall savings of €6 billion for 2019 which some have understandably labelled a deceptive move.
Nevertheless it will be the first year that private sector workers won't be paying these charges and so if you're among them, you might be feeling a tad more flush.
Essentially the bigger the salary the bigger the saving due to the fact the contributions increase with wages.
Those earning the minimum salary in France (SMIC) which is around €1,480 a month should see a saving of around €132 a year in 2018 and by 2019 that saving will have increased to €263.
For those earning €3,000 a month the saving is estimated to be around €530 a year by 2019.
Council tax
Council tax (in French “taxe d'habitation”), a local property tax implemented by the area in which your property is located, is set to be cut again in 2019.
The French government will contribute €3 billion to cut the tax for 80 percent of the households as part of its plans to abolish the taxe d'habitation entirely by 2021.
By 2020, 17 million homes in France will no longer be paying council tax before it ends the following year.
Overtime
From September 2019, employees will no longer pay the normal salary contributions on their overtime pay.
This measure should yield “on average more than €200 euros extra per year” for employees on minimum wage (known as the “Smic” in France) as part of the move which is set to cost the state €2 billion, French Prime Minister Edouard Philippe said. Tax credit
Many taxpayers in France receive tax credits for various reasons, whether linked to the cost of childcare, making environmentally friendly renovations to homes, employing cleaners or home carers or donations to charities.
Up until now these credits are included in the annual tax declarations which the tax man takes into account before sending out the final tax bill.
But with the introduction of the new system of collecting income tax at the source, the government plans to pay out advances to those eligible for credits (based on their 2018 declarations) in January 2019.
So those eligible taxpayers will actually get money into their account – roughly the equivalent of 60 percent of the tax credit. The rest will be paid in September.
Cigarettes
The government's policy to steadily increase the price of a packet of cigarettes to €10 will continue in 2019. Price rises will be announced in due course but they are calculated to bring in €400 million to state coffers.
Fuel prices
Fuel is set to get more expensive in 2019 as France's energy tax intended to guide consumer behavior towards cleaner fuel options continues.
According to the Ministry for the Green Transition, diesel taxes will rise by 6.5 cents per liter next year, while gasoline taxes will rise by 2.9 cents. Photo: AFP
End of “small taxes”
The French government is set to scrap 22 of France's so-called “small taxes” such as those on flour and photocopying and printing equipment.
These taxes which are considered “low yield”, bringing in just €200 million for the state per year and the government plans to abolish a significant portion of them” by 2020.
Benefits
The government hopes to save €3 billion in 2019 thanks to the lower than expected revaluation of two welfare benefits — personalized housing assistance and family allowances, as well as pensions.
While this has been leaped on by critics who say that the government is punishing pensioners, the government has defended itself.
“No social benefits will be reduced” nor “frozen,” it said however the fact remains that the people concerned will indeed see their purchasing power erode as a result of inflation which is set to be at 1.3 percent next year, according to predictions.
However, some people receiving benefits will see an improvement in their financial situation, with the minimum pension set to rise from €833 to €868 per month on January 1st and the allowance for disabled adults going from €860 to €900 euros per month at the end of 2019.
Supplementary pensions
As of January 1st 2019, contributions to supplementary pensions will rise due to the merger of the Agirc and Arrco pension schemes.
But hopefully this won't come as a surprise to too many, as the increase was agreed back in 2015. Photo: AFP
Pensioners
In order to try and win round France's retirees after the discontent over the increase in social security contributions that took place in January 2018 that hit their pockets hard, the Prime Minister has promised to exempt 300,000 people from the hike at a cost of nearly €350 million to the state.