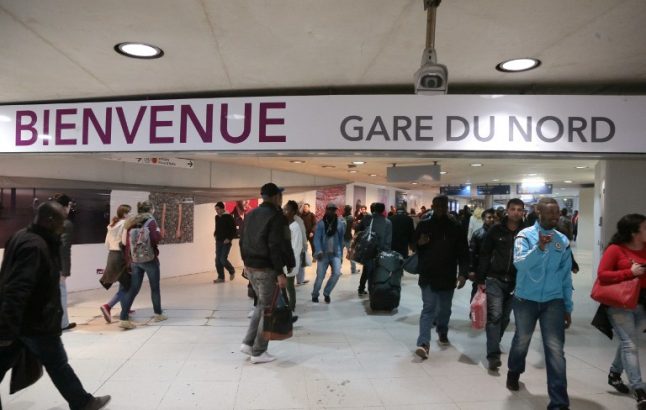 It's certainly not the place the mother, or indeed any mother would dream of giving birth to their baby.

Gare du Nord in Paris is Europe's busiest rail station where commuters from the northern Paris suburbs bump elbows and bang bags and generally jostle with passengers from Paris's airports, Eurostar travellers, those who come to the capital on trains from northern France and a whole load of people who just hang around.

That's not to mention the drug dealers and addicts who frequent a station, that one British businessman famously called the “squalor pit of Europe”.

But around 6.30 on Friday morning Gare du Nord became a makeshift maternity ward when a woman was forced to give birth at the station. “I realised that her waters had broken and she was in the process of giving birth.

“I laid the woman down. She was crying in agony. She told me the baby was coming. Fortunately there was a hospital nurse on her way to work. She stopped to help me.”

Police and paramedics quickly arrived at the scene and an improvised hospital cubicle was set up around the woman to at least allow her a little privacy.

The birth was made even more complicated by the fact the woman, who was of Asian origin didn't speak a word of French.

“It was a lightning birth, it took 10 minutes maximum,” said Mohamed.

“We didn't realise what was happening. It was so quick.

“A passing woman threw her scarf at me with a smile so I could put it around the newborn baby to keep it warm.”

The mother and her baby (we are not sure if it's a boy or a girl) were rushed off to hospital followed by police, the father and the grandmother who had all been there to witness the shock birth.

Both mother and baby are said to be doing well.

Earlier this year The Local reported how a mother gave birth at an RER train station in the city. And the lucky baby was given free transport until his 25th birthday.