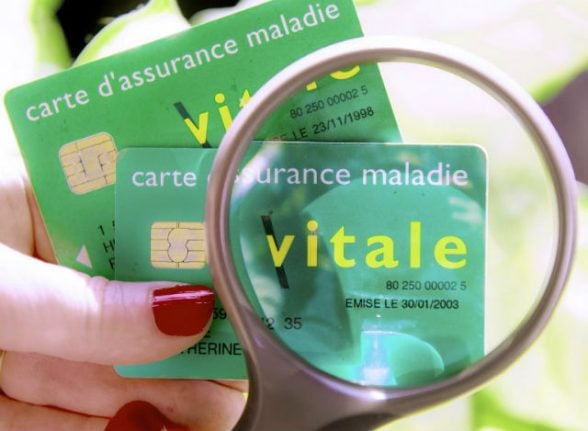 Back in 2000 a report by the World Health Organisation found that France provided the “close to best overall healthcare” in the world.

But while the country's health system is still lauded by many around the world it is suffering from deep underlying issues that President Emmanuel Macron and his government are intent on solving.

Perhaps the greatest pressure on the system is the bulging emergency wards at hospitals which struggle to cope with the number of patients.

Indeed in 2015 a leaked memo from France's intelligence services says that the country's hospital emergency wards are on the brink of “social implosion” due to overworked staff and angry patients.

At the time one union leader told The Local it's become like Britain's NHS under Margaret Thatcher.

Another issue that undermines the health system are the so-called “medical deserts” (déserts médicaux) which refer to the large parts of France where there are simply no doctors or medical practices.

Mental health hospitals in France are also struggling, with staff regularly striking in a bid to raise the alarm.

“We have come to the end of a system that is now detrimental to the quality of service,” said Health Minister Agnes Buzyn.

QUESTION: Just how healthy is the French health service On Tuesday Macron presented the government's reforms himself at the Elysée Palace, a sign of the level of importance he is placing on a plan to modernize a health system that remains immensely important to the French people.

In all the “reorganisation” contains 54 measures that will form part of a bill that will go before parliament in early 2019. The main aims are to relieve pressures on hospitals and staff and improve access to health care so patients can be seen by a doctor on the same day a problem arises.

Here are the stand-out reforms:

Funding
A total of €3.4 billion is set to be invested in healthcare by 2022.
This includes “nearly €1 billion for hospital investment”, the Ministry of Health said in a statement.
In detail, €1.6 billion will be devoted to structuring care in rural areas, €920 million to hospital investment, €500 million to the “digital transformation” and €420 million to “the evolution of trades and training”, according to reports in the French press.
Medical deserts

One of the most immediate measures the government will take will be to move 400 GPs into the parts of the country that suffer from a lack of doctors, the so-called “medical deserts”.

Based on the model of dental assistants the French government plans to introduce 4,000 new roles of “medical assistants” or “doctors assistants” that will be employed mainly free up GPs.

They will only be employed in areas where GPS are struggling under a high demand and will be allowed to carry out administrative jobs as well as basic health tasks such as taking blood pressures and temperatures.

In order to benefit from theses assistants doctors will have to be part of a practice and commit to taking on more patients. Some 100 million medical appointments are missed each year in France and the government believes the systematization of making online appointments will help reduce this problem.

Appointments can be made and cancelled with many GPs online already but the government wants the technology rolled out to cover all doctors and hospital appointments.

No quotas for second year medicine
The rule currently in place which limits the number of students who make it into the second year of their degree in medicine, dentistry or pharmacy will be abolished in September 2020.
Health Minister Agnès Buzyn has admitted that axing this rule — called “numerus clausus” in French — will not solve the problem of the issue of certain demographics being more likely to study medicine but said that it is needed in order to prevent people wasting their time.
Hospital financing
In addition to the €920 million set to be invested in hospitals, the funding which goes towards rewarding quality of care is also set to increase from €60 million to €300 million in 2019.
In the same year, the government will also introduce fixed-price financing for two chronic diseases: diabetes and chronic kidney failure.
That means patients will no longer have to pay each time they have to go to the hospital. And in 2020, this new pricing system will be extended to include other kinds of illnesses.
Healthcare categories
Hospitals will be clearly categorised according to the level of healthcare they provide.
The three categories are set to be local health care, specialized care and ultra-specialized care.
While no local hospital will be forced to close, in some cases they may have to stop providing certain kinds of services, for example when underused resources “become dangerous” or the absence of a qualified doctor means that a certain procedure cannot be carried out.
From 2020, there will also be new standards for services such as emergency services, maternity, intensive care, medical imaging and surgery.
This will see smaller hospitals focused on “priorities” such as the health and care of the elderly, rehabilitation and telemedicine services (for example consultations over the phone and online).
Self-employed doctor networks
Private doctors will be required to organise themselves into networks called “communautés professionnelles territoriales de santé” (CPTS) as working completely independently will soon no longer be possible.
That means that between now and 2021, professional healthcare communities should start popping up across France.
The government intends for these networks to work with local hospitals in order to respond to less serious emergency calls until 8 pm everyday in order to alleviate some of the pressure on emergency services staff working in the hospital itself.
The target is to have at least 1,000 CPTS by 2022.