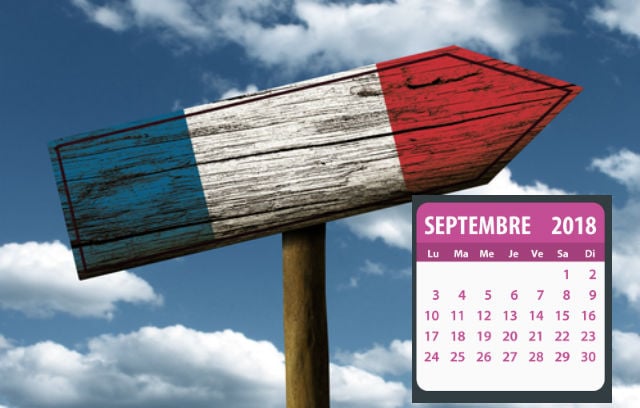 French President Emmanuel Macron to meet with Sebastian Kurz, Chancellor of Austria at the Elysee Palace.

The imprisoned son-in-law of a murdered Monaco billionaire Helene Pastor goes on trial Monday with nine other people suspected in the brazen daylight killing of the heiress, a case which prosecutors say bears all the hallmarks of a sordid crime thriller.
From today, school children in CP, at ages 6-7, (equivalent of Year 2 in UK) and those aged 7-8 years in the next year up (CE1) will take a series of tests in French and maths as a way of determining the level of support they need in class, according to France's Education Minister Jean-Michel Blanquer. Just days after presenting his “anti-poverty plan”, Macron is set to unveil his health plan (“plan hopital”) on Tuesday. This will outline the president's strategy for reorganising France's health system, including the creation of “medical assistants”, a job that will sit somewhere between a nursing assistant and doctor's secretary, according to government spokesperson Benjamin Griveaux.

More than 300 works from two key periods in Pablo Picasso's early years go on display in Paris on Tuesday, the first time they have been brought together in the city where the Spanish master took his first steps toward revolutionary new territories of modern art. Emmanuel Macron's ex-security chief Alexandre Benalla is set to attend his hearing with the senatorial commission charged with investigating his behaviour in attending a demonstration where he was filmed roughing up May Day protesters.

Macron will be attending an informal summit of the European Union is set to take place in Salzburg, Austria on Thursday to discuss the migrant issue over which some of the bloc are divided.

Fete de la Gastronomie, September 21st – 23rd
Autumn is the best time for food and wine across France, and this nationwide festival celebrates the very best of French fare. France's gastronomy is classed by UNESCO as an 'intangible cultural heritage of humanity' and the festival programme includes workshops, demonstrations, and even special offers in many restaurants.
Whether you want to go on a truffle hunt or enjoy the wine harvest, head to a street market or gourmet restaurant, there's sure to be something going on near you. Photo: AFP
Saturday Sept 22nd
Technoparade, Paris, September 22nd
For 20 years this one-day festival has promoted electro and techno music in the French capital. Thousands of people are expected to turn out to the 5km street party with a procession of floats equipped with sound systems blasting out music, and both renowned and up-and-coming DJs.
And this year – its 20th anniversary – is expected to be bigger and better than ever.