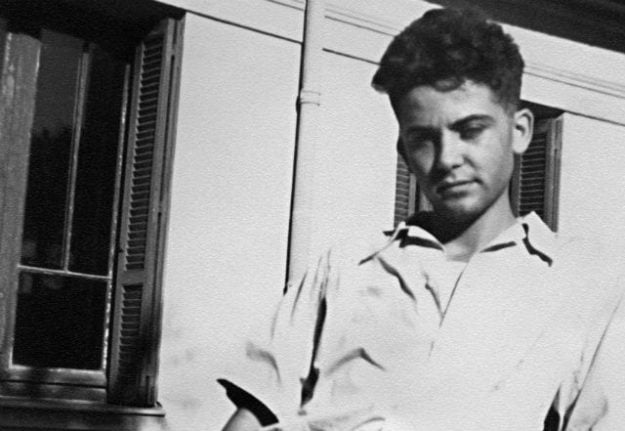 mathematician Maurice Audin (pictured above), a Communist pro-independence activist who disappeared in 1957, "died under torture stemming from the system instigated while Algeria was part of France".

President Emmanuel Macron is set to acknowledge that mathematician Maurice Audin (pictured above), a Communist pro-independence activist who disappeared in 1957, “died under torture stemming from the system instigated while Algeria was part of France”, his office said.

Macron, who was due to visit Audin's widow Thursday, will also announce “the opening of archives on the subject of disappeared civilians and soldiers,
both French and Algerian”.

During the 1954-62 war, which claimed some 1.5 million Algerian lives, French forces brutally cracked down on independence fighters in the colony
ruled by Paris for 130 years.

Hundreds of thousands of young French men were conscripted to fight in a conflict that left deep scars in France's national psyche as it wound down
from being a colonial power after World War II. The French state has never previously admitted that its military forces routinely used torture during the war.

During the war, the government censored newspapers, books and films that claimed it had used torture, and after the war, atrocities committed by its troops remained a taboo subject in French society.

Historian Sylvie Thenault said the French state's acknowledgement that Audin's death resulted from a “system” pointed to a broader recognition of
wrongdoing.

Macron, the first president born after the conflict, sparked controversy on the campaign trail last year by declaring that France's colonisation of Algeria was a “crime against humanity”.

He later walked back the comments, calling for “neither denial nor repentance” over France's colonial history and adding: “We cannot remain trapped in the past”.

On Thursday, he will visit the widow of Audin, whose disappearance has long been a source of fascination in France.

“I never thought this day would come,” Josette Audin told reporters at her apartment in the east Paris suburb of Bagnolet.

An assistant professor at the University of Algiers, Audin was 25 when he was arrested at his home — likely by French soldiers — accused of harbouring
communist independence fighters.

The father-of-three was tortured repeatedly in a villa in the Algiers neighbourhood of El Biar.

Josette was told 10 days later that her husband had escaped while being transferred between jails.

This remained the official version of events until 2014, when Macron's predecessor Francois Hollande acknowledged that Audin died in detention.

His widow, who filed a murder case in the Algerian courts, is not set to receive an official explanation Thursday of how he died.

A 2014 book by journalist Jean-Charles Deniau claimed the mathematician was killed by a French army officer on the orders of General Jacques Massu.

That order was confirmed by another general, Paul Aussaresses, who died in 2013 after admitting he tortured and killed dozens of prisoners.