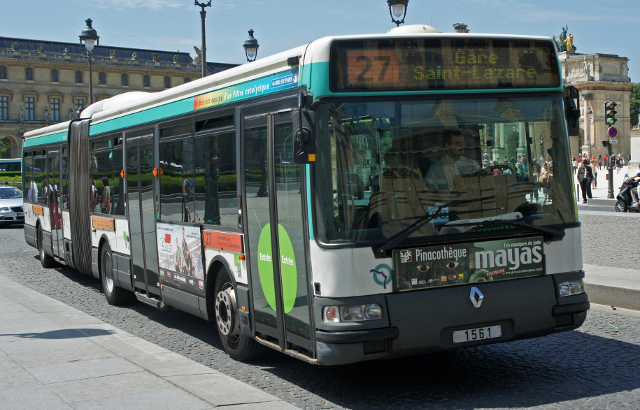 Photo: AFP
It's definitely one of the better discoveries you're likely to make on a bus in Paris.
Bundles of €10, €20 and €50 banknotes worth a total of €15,720 were found on a route 60 bus which travel between Porte de Montmartre in the northern 18th arrondissement and Place Gambetta in the 20th arrondissement of the French capital.
Along with the jackpot, which was discovered at 7 am on Tuesday, the bag contained a Congolese passport.
It was discovered by the driver who told his superiors and the bag has since been handed into the police, according to Le Point.
On Twitter, the RATP hailed the “exemplary behavior of this driver”.
The police station based in the 18th arrondissement has been given the responsibility of finding the bag's owner.
One of the policeman working on the case told the French press it is rare to find “money in such large quantities” and that the owner will “inevitably be questioned on the origin of all this cash”.