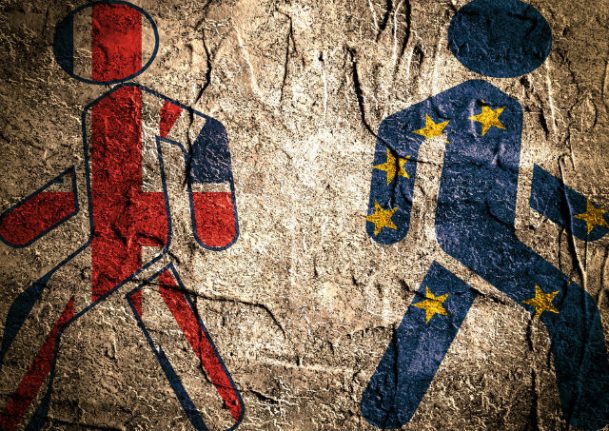 We are keen to hear your accounts of how the uncertainty around Brexit and the possibility of a no-deal or the loss of freedom of movement and other rights is impacting your life in France.

It is terrible sitting here in limbo waiting to hear our fate, writes Leon Durbridge who lives with his wife in La Creuse department of central France.

What I find appalling about the way we expats are being treated is that we seem to be considered as traitors for leaving Britain and therefore our views and concerns are not to be taken into account.
The conflicting statements concerning expats' future, coming from the mouths of different civil servants, members of the government and the opposition are just worrying and confusing.
We are retired, but what about those who have come over and set up businesses? They need to have a business plan for perhaps the next five years. They must be feeling sick with worry as they can't plan anything.
Our main concern is the pensions and medical aspects. Both of us have on going medical problems that require regular check ups and medication. If Britain withdraws the payments they make to France toward our treatment, we could not afford the medicines or treatment.
READ ALSO: British in France urged to get clued up about their rights READ ALSO: No-deal Brexit could see Brits in EU lose access to UK bank accounts
The other point is the regular pension rises, we need them.
Access to our British bank account is another worry. We have small private pensions that are paid into our British bank. If we can't access that account and transfer money when needed, then we will be in financial difficulties. Our British pension is paid straight into our French bank. Will that still happen after Brexit?

If we had to return to Britain, in the case of all the above happening, then the British government would not only have to pay the full amount of our medical costs, but also have to pay rent and rate subsidies to us, as we certainly could not afford to buy a house in Britain and being in our mid seventies would not get a mortgage.

We would obviously have to sell our house in France, but given the current market, goodness knows how long that would take.
What the British Government has to accept is that we have paid in full all taxes and social charges during our working lives and are therefore entitled to the benefits.

Where we choose to retire and live our lives is none of their business. We came to France on the understanding that as EU citizens we could live here without penalties being applied by Britain. BRITAIN HAS NO RIGHT TO CHANGE THAT!
READ ALSO: Why Brits in France should apply for a Carte de Séjour right now Simon Barnes who lives near Paris with his French wife writes: We’ve been left in uncertainly for over two years now.
Many of us, myself incuded, are feeling very anxious about our futures. One pro-Brexit British newspaper (and I use the term “newspaper” in its loosest possible sense) even suggested recently that this anxiety might be a mental disorder.
It’s the loss of freedom of movement that angers me the most.
Freedom of movement allows EU citizens to live, work, study and retire in any EU country. Like many people, I have based decades of study, career and life decisions on this freedom.
It is priceless, yet now the government is taking it away, with no consideration for the effect this will have on people’s lives and livelihoods.
Those of us with personal or professional connections to other EU countries, in particular, are being hung out to dry. Out of sight, out of mind. Someone else’s problem. When the government talks of ending free movement, they mean our own.
We are being encouraged to apply for residence permits, yet those will only safeguard our rights in our host countries. What about those of us who need to travel to other EU countries or (like me) provide cross-border services to customers?
For many of us, surviving “Brexit” means having our own escape routes. I know many EU citizens who are leaving the UK, because they no longer feel welcome there; and many Britons who are leaving now, while they still can, in order to secure their movement rights.

And what about those who have been planning to move to France for years? Paul Roberts a British citizen with plans to move to France writes: Why has this UK government decided, seemingly autonomously, to destroy the entire foundations of its own stability and that of millions of its own people?

My wife and I have spent the past twelve years in preparation for (imminent) retirement to France. We purchased a small medieval property (using a French mortgage) adopted a French/Catalan way of life, made many friends and plans. Then came Brexit.

Due to work in the UK we have not been ‘resident’ in France throughout the 12 years; our house being regarded as our holiday home. This, seemingly, precludes us from applying for French citizenship or residency status despite having paid for domestic services (electricity, water, etc.) and taxes (d'habitation, fonciere, etc.) throughout.

It could be that we become persona-non-grata in France. We may be considered illegal immigrants. We may be thrown out.

Our only desire is to retire, to live in and die, in our chosen European location; something that was, until now, perfectly possible. Our plans are now, at best, precarious and quite possibly ruined.

Neither of us wish to remain in whatever remains of the UK.

How is the uncertainty around Brexit and the prospect of a no deal impacting your life in France? We are keen to publish your accounts and thoughts. Please email Ben McPartland at [email protected].