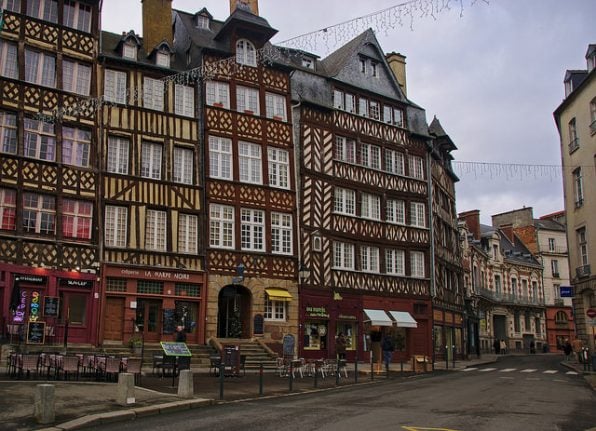 The study by online French estate agent network Meilleursagents.com ranked France's ten biggest cities to find out which are the best for investing property.

It ranked them according to the following criteria: property prices, the average age of the population, the length of time it takes to buy property, unemployment rates, the property purchasing power of its inhabitants and net migration.

Cities were rated according to the number of stars they got.

So, where should you buy?

Well, the winner with five stars was Rennes in Britanny, due to its low unemployment rate, youthful population (the average age is 31 years) and the short time in which property sales transactions are completed (on average it takes 59 days). Prices are also expected to rise 6% over the next 12 months.

Nantes, in the Loire region near the Atlantic coast, Toulouse in the south west and Lyon in central France were awarded four stars for similar reasons, as was Paris, although the prohibitively high property prices in the French capital (€9,300 euros per square metre as opposed to €2,726 per m2 in Rennes or €2900 per m2 in Lille) means the property size people can afford to buy is small (on average, only 20m2).

The house prices in all four of these cities should increase by 5% this year according to the study.

Despite sharing high unemployment rates, Lille and Strasbourg were awarded 3 stars because the property market in these attractive cities is still relatively dynamic.

Sliding down the list is last year's winner Bordeaux, which has seen a number of investments in recent years to revamp the city, including a high speed train and inner city refurbishments, only got 2 stars this time around. The hike in house prices over the past few years has pushed up property prices and slowed down the property market.

Marseille and Montpellier, which suffer from high unemployment, only got 2 stars. But the overall loser was Nice. The Mediterranean city only garnered one star because of its ageing population, long property transaction times (90 days) and relatively high number of people choosing to leave it.