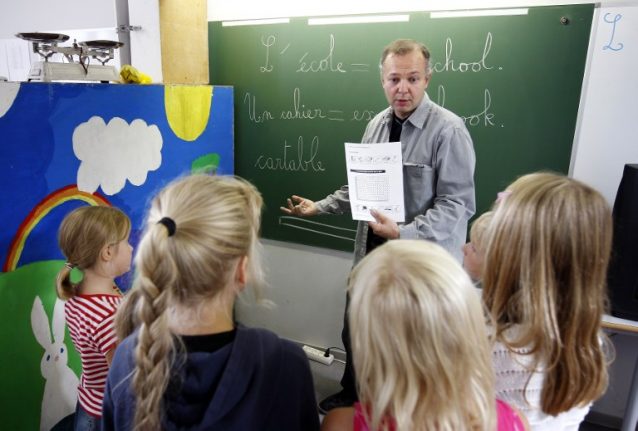 On Wednesday, France's ministry of education will publish a series of recommendations to achieve this, which will include teaching primary schools pupils subjects like science, history and maths in English and broadcasting cartoons in English and other foreign languages on public television.

The report was co-written by a British journalist.

“The aim is to boost the level of pupils in English, and also in a second foreign language. Being able to express oneself correctly is also crucial,” the government said.

“We must be able to use new technology, and also be capable of giving lessons in other subjects in other languages and extend this learning beyond school,” French education minister Jean-Michel Blanquer said on RMC radio. “We know perfectly well that if our Scandanavian neighbours are so good at English it is because they watch films in their original language and that sort of thing”.

Teachers are supposed to teach some English to their pupils from the very start of primary school, which children enter at the age of six. But in practice, what they learn varies considerably, as teachers are not trained to do this. Some teachers fear the government's recommendations may be difficult to carry out.

“We are all supposed to be able to teach a language to our pupils from the CP [the first class of French primary school] but many teachers don't have the skills to do this,” a teacher told Le Figaro. “An entire lesson in English is unfeasable, we only have the means to introduce a few words in English.”

Improving the nation's education was one of Emmanuel Macron's key campaign promises. Some of the reforms that kicked off this month as kids returned to school were the halving of class sizes for CP (6 and 7 year-olds) in high-priority districts, daily dictation and the return to a four-day week in areas which have chosen to do so.