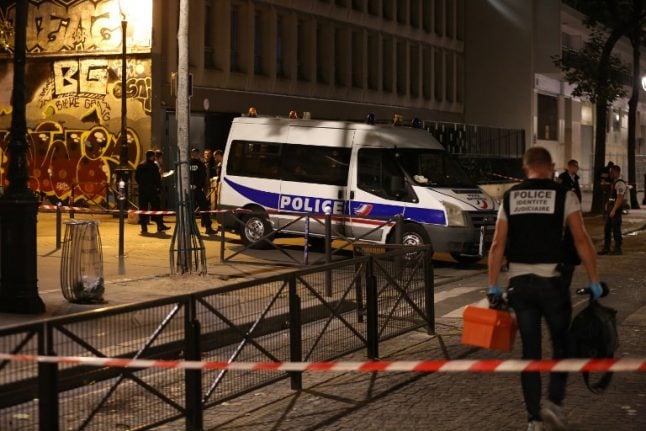 Photo: AFP
The suspect, believed to be an Afghan citizen in his 30s, was described by witnesses as acting drugged when he began striking people with a knife and iron bar on the Canal de l'Ourcq late Sunday.
Two British tourists and an Egyptian visitor were among those injured, and three people were still in hospital as of Monday evening, including one in critical condition, a source close to the inquiry said.
The attacker was finally overpowered by bystanders, some of whom tried to stop him by throwing petanque balls.
“He seemed to be on something. He definitely didn't seem normal. He had a blank look… He didn't say anything. Even when we hit him, he didn't shout,” one witness, Hamani Bouadjema, told AFP.
But blood tests of the suspect, who was still in hospital as of Tuesday, did not reveal any traces of drug use, the legal source said.
Although tourists were among the targets, “nothing at this stage suggests a terrorist attack”, another source said.
France has been on high alert following a string of jihadist attacks in recent years, often by people who have become radicalised or claim to have acted in the name of the Islamic State group.
More than 240 people have been killed by Islamist extremists since a massacre at the Charlie Hebdo satirical magazine in Paris in January 2015.
READ ALSO: