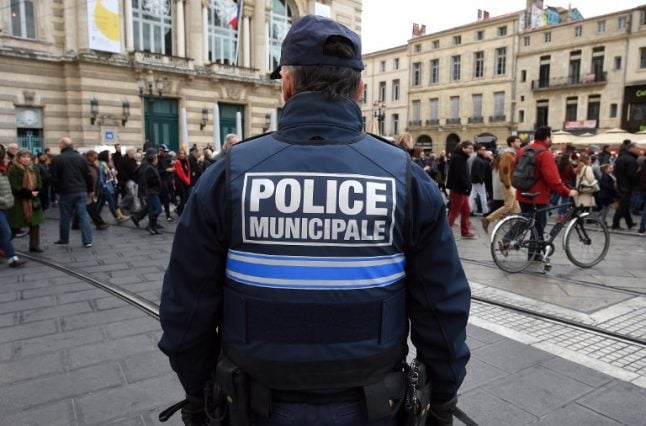 Photo: AFP
The report, written by two MPs for French President Emmanuel Macron's party La Republique en Marche, Jean-Michel Fauvergue and Alice Thourot, proposes a total of 78 measures to improve coordination between the municipal police, the armed forces and private security agents.
The two MPs want to make the arming of municipal police officers with semi-automatic guns mandatory due to the increased violence they face and the threat of terrorism — just as it is for other police officers and gendarmes.
If the measure were to be introduced it would mean a major change to how the country's municipal police officers, who are under the authority of the mayor in their district, work.
“It will not necessarily impose the permanent arming of all [with a gun] but will acknowledge the fact that all are in a position to be,” the report said.
If this measure comes into effect, mayors who do not want to impose it will have to justify why not. Photo: AFP
This would bring municipal police in line with national police and the gendarmerie, who nearly always carry semi-automatic weapons, the report said.
The municipal police (police municipale in French) are the local police force for towns and cities in France outside the capital.
They are one of the three components of French policing, alongside the national police, which generally speaking work in cities and large towns, and the national gendarmerie, which covers smaller towns and rural areas.
At the moment, just 44 percent of the country’s 21,000 municipal police officers are armed with a gun, according to reports in the French press.
According to 2016 data cited in the report, 84 percent of the municipal police force (18,044) were already equipped with a weapon at that time and 9,434 were equipped with a firearm.
And after the SDPM police union calling for all police to be armed in France in 2017, it looks like they'll be delighted by the proposal.
“In an increasingly violent society, the municipal police officers … have to defend themselves and protect the citizen with only their hands,” the union said.
The report also considered the possibility of arming France's private security guards, of which there are 167,800 nationally, with a Taser stunning gun and also suggested creating a national uniform for them to wear.
On top of that it suggested creating stronger links between the way private guards, police, and the gendarmerie communicate and respond to situations.
Five French words to know
une arme – weapon/arms
police municipale – municipal police (local police)
un pistolet – pistol/gun
équiper – to be equipped with
un syndicat – union
READ ALSO: