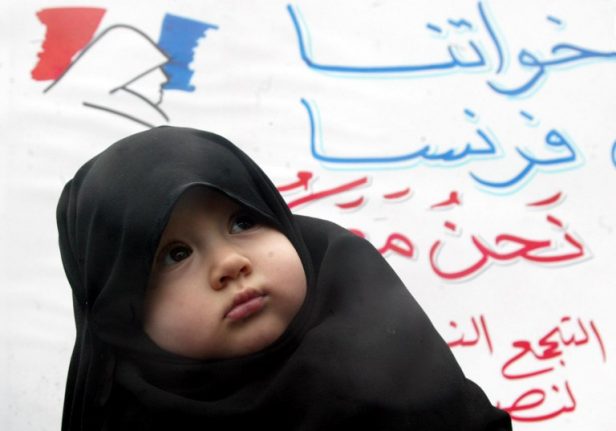 According to the report released on Sunday by France’s Montaigne Institute, Salafism – a radical branch of Islam that calls for worldwide sharia law – has a monopoly on Islamic religious thought in l’Héxagone.

Author Hakim El Karaoui, a consultant for the Paris think-thank who’s written on Arab and Muslim policy before, points to Turkey and Saudi Arabia as the main sources of funding for the dissemination of this radical school of thinking among France and Europe’s Muslim population.

The Montaigne Institute study highlights that this opaque financing pays for the promotion of Arabic learning among France’s Muslims at institutions that have a marked fundamentalist political-religious stance rather than just a linguistic one, the report suggests.

Through these obscure Islamic schools Salafi indoctrination “is gaining ground in France”, especially among “young people under 35”, El Karaoui suggests. But rather than call for a ban on the Salafi schools altogether, the Montaigne Institute essayists would rather beat them at their own game.

El Karaoui has proposed that the French government incorporate Arabic into the education syllabus so that the indoctrination schools’ alleged language teaching offering becomes redundant.

“The number of students learning Arabic in France’s secondary and high schools has halved. But the rate has multiplied by ten in mosques,” El Karaoui explains.

The liberal think-tank also wants the creation of an official Muslim Association for Islam in France (Amif), an open institution it hopes can stamp out the country’s underground fundamentalist movement.

“The idea is to create a neutral organization, independent from any Muslim country, free from the control of those in charge of France’s mosques, and the French State,” El Karaoui told RTL.

“The objective is neutrality, at the moment funding channels (for Islam in France) are opaque.” For this the think-tank proposes the introduction of a ‘halal tax’ on food products and other services for Muslims who would allow the association to be self-sufficient.

“There is no halal tax levied by the state,” said El Karaoui, a former banker.

“Contrary to popular belief Muslims are wealthier and they practice their religion a lot.”

“There is therefore more and more money related to consumption: the pilgrimage, halal, Muslim gifts.”

According to El Karaoui stopping the spread of Islamic fundamentalism in Europe is largely up to Muslims themselves, who need to urgently show opposition to extremism and set up structures that promote more openness.

SEE ALSO: How France's Muslim population will grow in future The think-tank's proposed measures certainly have their critics, such as French Senate representative for France's Vendée department Bruno Retailleau, who tweeted that the “the institutionalisation or nationalisation of Islam France is dangerous because it is contrary to France's law of separation of Religion and State. A state halal tax would be unconstitutional. Concordatory Islam is a dead end”.