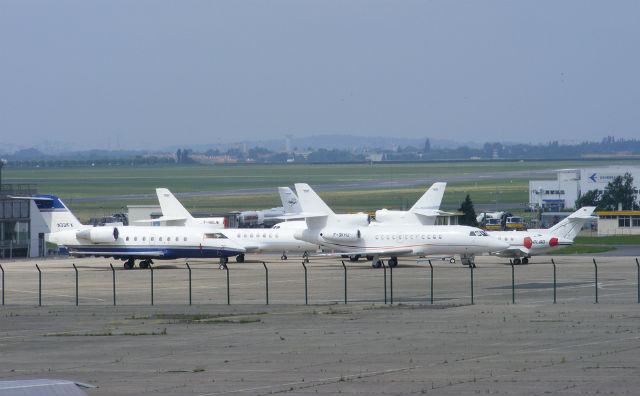 Le Bourget airport where the Russian tourists had landed in a private jet. Photo: Mathieu Marquet

The tourists were in a taxi leaving the Bourget airport north of Paris at around 10:30 pm (0830 GMT) on Monday when they were struck by a car carrying four people wearing ski masks, the sources said.

Hit-and-run as well as “snatching” robberies targeting taxis and other cars heading to and from Paris airports have become a common tactic in recent years
by thieves hoping to strike big-spending tourists.

On April 15, 2015, three thieves made off with a handbag containing four million euros worth of Chanel jewels in a smash-and-grab attack on a taxi carrying a Taiwanese art collector.

In February, 2017, a Russia couple were robbed of jewellery and luxury goods worth some 100,000 euros when their chauffeur-driven car was forced off the road by robbers near Le Bourget airport.

In March, 14 youths suspected of carrying out 88 such attacks over little more than a year were arrested by French police.

Chinese tourists staying in hotels near the capital's two main airports, Charles de Gaulle-Roissy and Orly, are often targeted in particular given
their reputation for carrying large amounts of cash.

The Bourget airport serves only corporate and private jets favoured by wealthy travellers.