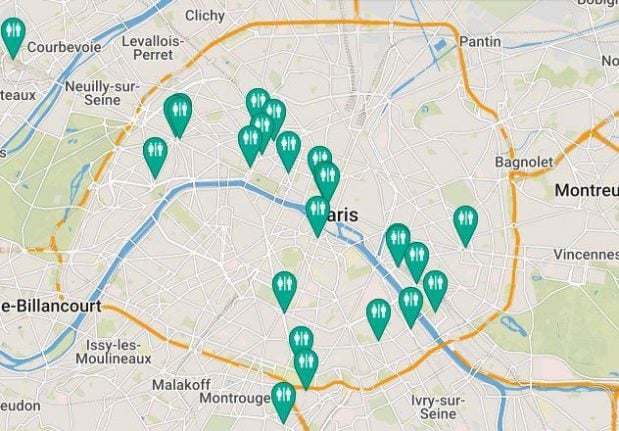 When Valerie Pecresse the president of the greater Paris region of Île-de-France announced this week she wanted to double the number of toilets available on the Metro most Parisians (at least those with a Twitter account) reacted with shock.

Pecresse said: “Sorry to talk about the smells, the unease that can be felt in the morning… We must at least double the number of toilets on the Metro so that travellers are a little less uncomfortable when they take it.

Pecresse added that she wanted to give Parisians the desire to use public transport by making it “comfortable” and “clean”.

Parisians were left stunned, not so much because they were surprised by Pecresse's much-needed plan to improve cleanliness on the Metro and the conditions of travelling for passengers but because they had no idea there were any toilets on the Metro or RER train network.

One Twitter wag pointed out that doubling zero still leaves you with zero.

But Paris transport authority RATP took to Twitter to set the record straight.

According to them there are in fact 48 toilets on the Metro and the RER.

Most of these, 32 in fact, are on the RER lines A and B which cross the Paris region and the centre of the capital from west to east and from north to south.

And there are 16 on the Metro network, which for those of us who thought there were none at all sounds like a lot, although given there are over 350 Metro stations, it's actually a pitiful number.

So where are these magical 16 toilets where desperate passengers can relieve themselves on the way to work?

And here I always thought the toilets in the Metro were along the wall and gutter of any vending machine corner, since they *always* stink of piss. https://t.co/gksC9eeBOc

Well the best line to be on if you have a weak bladder is the speedy and modern line 14.

Commuters need not worry if they get caught short on this line that crosses the city because there are loos at the stations, Olympiades, Bercy, Bibliothèque François Mitterand, Cours Saint-Emilion, Gare de Lyon, Madeleine, Pyramides and Saint-Lazare.

As for the other toilets, well there will be three more added at the rabbit warren that is Chatelet-Les Halles from November once the works are complete.

There is a place to relieve yourself at Trocadero station on Line 6, Charles-de-Gaulle Etoile on line 1, Cluny-Sorbonne on Line 10, Bobigny on Line 5 and Les Agnettes and Asnieres-Aubervilliers on Line 13 and Villejuif-Louis Aragon on Line 7.

But know you know which stations they are at, the next problem is find out out exactly where these toilets are. RATP say some are next to tickets counters and machines, whilst others are at the entrances to Metro stations. Others however are on the other side of the barriers so you'll need a ticket to take a leak.

For a full interactive map of where to find toilets in Paris and the mythical 16 toilets on the Metro CLICK HERE. The map also contains detailed information for where to find each loo.