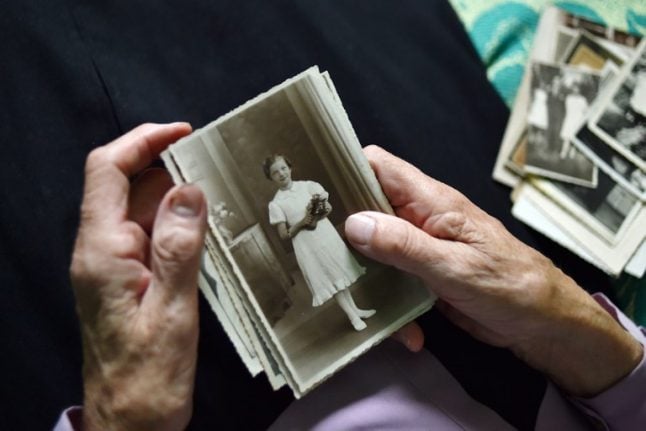 Like millions of others, mainly from continental Europe but also Britain and the United States, Stashko's family was tempted “home” to the Soviet Union by a post-war propaganda drive.

But when they got there they lost their previous nationality, found themselves impoverished at best and victims of political repression at worst.

“Of course I could have done much more in France than I did here. But obviously it is too late to go back,” the 88-year-old told AFP at the farm where she lives in the west of Belarus.

In the 1920s, Stashko's father had moved from what is now western Belarus to France along with his wife.

There he worked in the mines in the north of the country which at the time were crippled by strikes.

“In France we lived well. We had a house that my father was given from the mine,” said Stashko, who was born shortly after her parents' arrival in the country. But after World War II, her father lost his job.

The region from where in Belarus his family originated had become a part of the USSR — at home, they would read Soviet newspapers, which were full of propaganda, and talk about what life would be like on the other side of the Iron Curtain.

At the time, the Soviet Union was on a major repatriation drive with immigrants, exiles, “White Russians” who had opposed the Bolsheviks in the Civil War, as well as other refugees from the conflict encouraged to come back.

Soviet statistics from 1952 say as many as 4.3 million people returned from around the world.

“In the end, my father said that he wanted to go 'home'. But nobody asked my opinion,” said Stashko, who was a teenager and working as a seamstress in France.

In 1948, the family set out from the French port of Marseille to Odessa, southern Ukraine, with around 2,800 others, according to only child Stashko.

“We travelled as workers, in third class. The people in first and second class took cars with them, their belongings, some of them were leaving behind their businesses in France.

“There were doctors, engineers, teachers,” the now widowed mother-of-two remembers.

But when they arrived, the passengers in the top two classes were immediately confronted with the realities of Joseph Stalin's regime.

“They were arrested and their belongings were confiscated,” Stashko said.

Her own family saw their French passports confiscated and they were transported in cattle wagons to Belarus.

There, her father began work in a Kolkhoz, or collective farm, but he was sentenced to a year in prison for “subversion” after an argument with the leader of the collective.

“During that time, we tried just to keep our heads down. I used to send letters to France but then I stopped because we were scared.” Thanks to a sewing machine brought with them from France, which they were miraculously able to keep, the family earned enough to survive on meagre post-war rations.

In 1973, the French state tracked down her father and gave him a comfortable pension for his work in the mines, which then passed to his wife when he died.

But after the Soviet Union broke up in the early 1990s, the link to France was lost again.

In January this year, the Belarussian press picked up the family's story, and in the summer, Stashko was invited to the French Embassy in Minsk with a dozen other “children of France” and their descendants.

The ambassador promised the former seamstress one last journey to the village where she was born in the north of the country.

But, at almost 90, there is no guarantee Stashko will be able to make the trip.

“I would love to go back to the country and find our house again. And maybe see Paris — I've never seen Paris,” she told AFP.