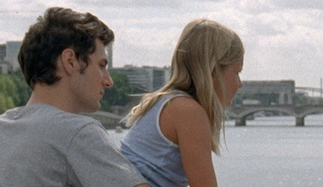 “Amanda” tells the story of a young man who is left to look after his seven-year-old niece after her mother is killed in an attack on a Paris park.

Although the attack itself is fictional, the film by French director Mikhael Hers draws on the shock and trauma in the French capital after the November 13, 2015, massacres in which 130 people died.

French public television was forced in December to put on ice a controversial love story starring Sandrine Bonnaire set on the night of the killings at the Bataclan concert venue.

Although “Ce soir-la” (That Night) had by then finished shooting, executives promised it would not be shown until all of the survivors and families of victims were consulted following protests.

Claire Peltier, the partner of one the people murdered at the Eagles of Death Metal concert, had set up a petition calling for the “scandalous” film to be shelved.

She said it was far too soon for “such a painful” story to be revisited. But the makers of the new film told AFP that “Amanda” was not directly about the 2015 attacks but rather about the trauma they created in those left behind.

Hers insisted that he wanted to “bear witness to the Paris of today” and the movie only “comes partly from the attacks”.

“The attacks had a powerful impact on people. Unconsciously there's the fear of a shooting whenever you hear a loud bang; there's a hazy tremor of insecurity when you're on a cafe terrace or in a crowded public place,” he added.

– Did not talk to survivors –

First reviews of the film were generally positive, with the Hollywood Reporter calling it a “quietly moving celebration of human resilience” even if its “tasteful understatement” was sometimes too low-key for its own good.

The producers admitted that Hers did not “sit down and talk to the survivors one-on-one but he read all their official testimonies”.

“He didn't want to make a direct comparison between his characters and the experiences of the victims,” a spokesman told AFP.

Hers said the film “fits into a much bigger picture of a period when people are tormented by an awareness of our fragility”.

Sociologist Gerome Truc, author of “Shell Shocked: the Social Response to Terrorist Attacks”, who worked with the film, said it was more a portrait of the “Bataclan generation” in post-attacks Paris. While the aftermath of a fictional attack in Paris is briefly shown, the film is “about all terrorist attacks and the ordeal that an attack represents”, he said.

The main focus of the story is the relationships between the young uncle and his niece (Vincent Lacoste and Isaure Multrier), and his wounded musician girlfriend played by Stacey Martin.

“The story of David and Amanda is set in Paris, but it could be London, Baghdad or Bombay,” Truc said.

Netflix screened a documentary mini-series, “Attack on Paris”, in May based on testimony from dozens of survivors, and the bestseller “You Will Not Have My Hate”, a moving rebuke to the attackers by Antoine Leiris, the husband of one of the victims, has been adapted for the stage.