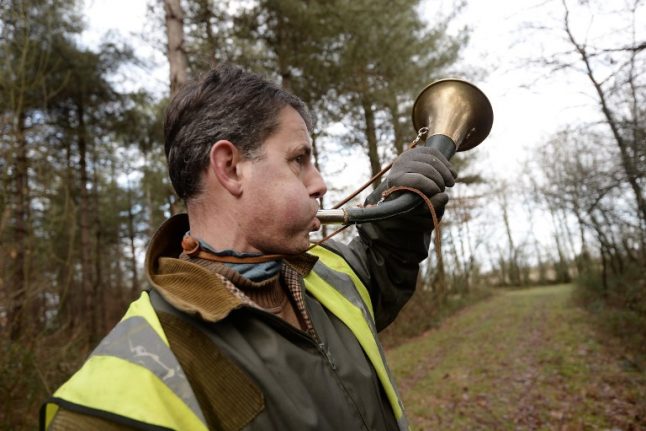 A ban on halogen light bulbs is set to come into effect from September 1st. Photo: humback/Depositphotos
Gas prices
From September 1st, gas prices will increase by an average of 0.9 percent.
For those who use gas for cooking, prices are set to go up by 0.3 percent, for people who use it for cooking and hot water it will go up by 0.5 percent and households which also use gas for heating will face the highest price hike of 0.9 percent.
This rise in the price of gas follows a hike in July when prices went up by 7.45 percent and in August when they went up by 0.2 percent. Photo: humback/Depositphotos
Television
France's national digital terrestrial television service TNT (Télévision Numérique Terrestre) is set for some frequency changes during the month of September.
The following French departments will be affected from September 11th: Rhône, Loire, Drôme and Ardèche in the Auvergne-Rhône-Alpes region and Gard in Occitanie.
Viewers using an individual antenna will be able to “perform a search and memorization of channels”, says the TNT website.
However a television viewer living in collective housing must check that their building manager got a professional to carry out work on the collective antenna. If this is not done, says the site, television channels may be lost once the deadline has passed.
Pesticide ban
A ban on five neonicotinoid pesticides enters into force in France on September 1st, placing the country at the forefront of a campaign against chemicals blamed for decimating critical populations of crop-pollinating bees.
The move has been hailed by beekeepers and environmental activists, but lamented by cereal and sugar beet farmers who claim there are no effective alternatives for protecting their valuable crops against insects.
The pesticide is used in agriculture to rid crops of caterpillars, mealybugs, aphids and were also responsible for the decline of the bee population in France.
CLICK HERE for more information about the ban Photo: AFP
Social contributions
From September 1st, all social contributions you make will be included under the label CSG – a levy deducted from salaries that goes towards paying for France's social security system.
This was a decision made by the government as a way of simplifying the tax system.
And in general…
Social security contributions are also set to fall from September to October by 0.95 percent. This is the second reduction in social security this year — the first came in January when contributions went down by 2.2 percent.
Mobile phone ban in schools
Undoubtedly the big change in September 2018 is la rentrée when 12 million school pupils go back to the classroom on Monday September 3rd.
And there will be some changes in schools this year.
Before the summer French MPs reached an agreement to ban mobile phones for all three tiers of French education (primary, middle and high school) from September onwards, except if they are used for educational purposes.
Teachers have been calling for the ban to curtail a growing distraction in classrooms, with nearly nine out of ten French teens aged 12 to 17 now owning a smartphone.
Besides cutting down on screen time, the bill also aims to protect children from dangerous online content such as violence or pornography, as well as cyberbullying.
It also makes it easier for teachers to confiscate phones if necessary.
It's not the only change in French schools this September (see link below), many primary schools around the country will be returning to a four day week.
CLICK HERE for more changes in French schools from September
READ ALSO: Hunting season
For those living in the departments of Moselle, Bas-Rhin and Haut-Rhin, the hunting season has already kicked off, but for the rest of France it begins in September.
And whether you love it or hate it, it doesn't look like the popular French pastime is going anywhere soon.
In fact, French President Emmanuel Macron, who sees hunting as part of French rural culture and identity, met with the powerful National Hunting Federation (Federation nationale de la chasse) on Monday to discuss future reforms which hunters say are needed to give life to a pastime that while still popular is losing participants.
The map below shows when the hunting season officially begins in all the French departments.
For those coloured orange, the season begins on September 2nd, those coloured blue will see the season begin on September 9th, purple on September 16th, green on September 23rd, light purple on September 30th.
Hunting season began in the departments coloured yellow (Moselle, Bas-Rhin and Haut-Rhin) on August 23rd.
For more information on France's hunting season (in French) CLICK HERE