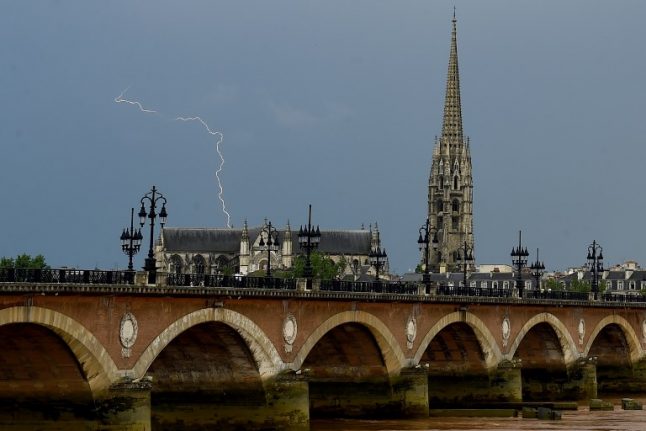 The storms, which will develop in the Golfe de Gascogne are set to move across the region late on Tuesday afternoon and into the evening.

The prefecture of Dordogne has warned residents to expect hail showers and torrential downpours as well as lightning strikes. Gusts of wind over 100km/h are also forecast.

The public has been told that cellars could flood and property could be damaged.

Members of the public are advised to take care when travelling and to seek shelter during the storms as well as avoid using electronic equipment.

During lightning strikes anyone who is caught outside is reminded not to take shelter under trees.