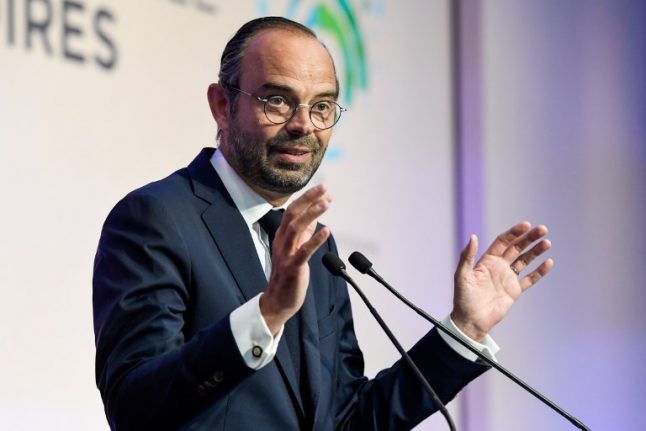 French Prime Minister Edouard Philippe asked his ministers this week to work on emergency measures that would need to be taken if Britain crashes out of the EU without a deal having been agreed.

The contingency plans would aim to “mitigate the difficulties associated with the unprecedented challenge,” said the Prime Minister's office.

The Prime Minister had met with his ministers on Monday afternoon to take stock of the country's preparations for the consequences of the UK's exit from the EU, which is scheduled to officially take place on March 30th 2019.

In the event of a so-called “no deal Brexit”, Philippe wants plans in place to “facilitate the residency of British nationals already living in France” and to ensure “the greatest possible fluidity of border controls” when the UK leaves the EU.

It is not clear exactly what those measures will be but in the event of a no-deal Brexit they would be pushed through by the government via an emergency bill that would then have to be backed retrospectively by MPs in parliament.

The plans will be put forward in the coming weeks although the PM's office insisted that it continued to work on the scenario of a “positive conclusion” to talks between the EU and the UK.

Yet fear of a no-deal Brexit has increased in recent weeks as talks between London and Brussels stall over issues including the border between Ireland and the UK.

The two sides had set October as an unofficial deadline to reach a deal although it now seems likely that they will allow more time.

Last week the British government released a list of 25 'technical notices', revealing that Brits living in the European Union could lose access to their UK bank accounts in the event of a no-deal Brexit.

The notices, that many blasted as scaremongering, aimed to prepare businesses and the public for a no-deal Brexit.

Secretary of State for Exiting the European Union Dominic Raab warned that British citizens living abroad could lose access to their bank accounts.

Customers of UK banks living in the EU “may lose the ability to access lending and deposit services, and insurance contracts”, the paper says.

British nationals in France are being encouraged by both French and British authorities to apply for a carte de séjour residency permit before Brexit.

Although there is no legal requirement to get a permit given Brits are still EU citizens, the reason UK citizens are being encouraged to apply is that it will save problems and paperwork after Brexit, because once they have the permanent carte de séjour they will have already proved their right to remain in France.

After Brexit residents will be able to swap the permits for whatever new special residency card may be required for Britons in future.

The French government is encouraging Brits to act now in the hope it will avoid administrative chaos after Brexit.

But only a small percentage of Brits in France are going through the process, with the vast majority of the estimated 150,000 living here avoiding it for various reasons.