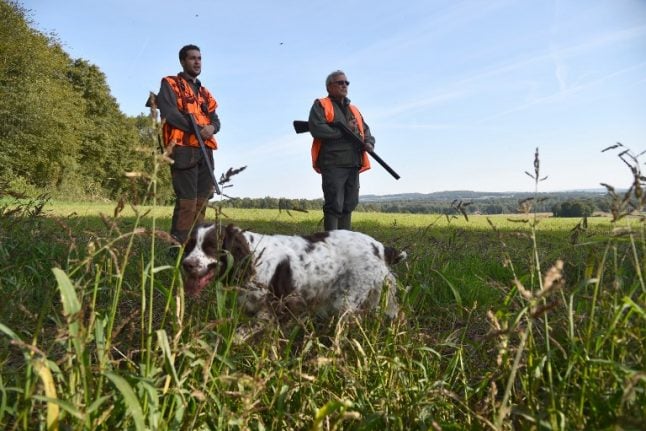 President Emmanuel Macron has long planned to reform hunting in France, a pastime he sees as part of French rural culture and identity.

On Monday Macron and his ecology minister Nicolas Hulot met with the National Hunting Federation (Federation nationale de la chasse) to discuss future reforms which hunters say are needed to give life to a pastime that while still popular is losing participants.

Dates for when the official hunting season begins and ends as well as the legal quotas for animals which can be hunted will all be discussed.

The hunters want more members of the public to be able to obtain a license and say the procedure is too costly and too complicated.

They argue that the price of a national permit should be halved from around €447 to €200 and that there should just be one single permit to allow the license holder to hunt anywhere in France.

Currently hunters can apply for a departmental license for around €150 that only allows them to hunt in that department.

There are currently around 1.2 million hunters in France and around 37,000 new licenses are obtained each year, but according to hunters' organisations many people drop out of the process because of the administrative burden and the length of time it takes to obtain a permit – which can be up to nine months.

READ ALSO: 'It's like the wild west' – Tales of the hunting season in rural France. Organisations also want a special rural police force set up, which would be in charge of policing hunting and farmers to be better compensated for damage to land and crops caused by wild animals such as boars.

Hunters also want the rules on the animals they can kill to be more flexible and be dependent on the current state of the conservation of the species rather than be arbitrary.

The government already launched a consultation process on the setting of quotas for certain species of birds such as skylarks and blackbirds for the 2018 to 2019 season.

At the start of the season last autumn there were a series of fatal accidents involving hunters including incidents which saw a woman shot dead in her garden after a hunter fired through her hedge.

In another incident a grandfather killed his own grandson during a hunt in the Vendée, western France.

The case of a stag which was shot dead by hunters in the front garden of a village house also outraged the public.

Animal welfare groups have regularly called for bans on hunting on Sundays in France in a bid to prevent further tragedies.

But with European elections on the horizon Macron appears eager to appease a potential 1.2 million voters.