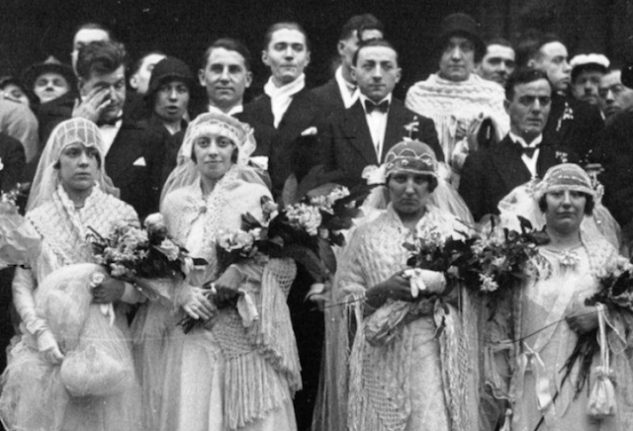 A resident of the village of Salency in France’s Oise department raised eyebrows two weeks ago after he decided to bring back the village's historic “Fete de la Rosiere” (“Festival of the Maiden”), first launched in the year 456.

The festival, which honoured the “virtuous reputation” of young women aged 14-20, was last held in Salency in 1987.

But Bertrand Tribout, president of the Brotherhood of Saint-Médard, the saint who apparently started the festival, called for the re-launch of the event in June 2019.

In the face of increasing opposition from many of the villagers and feminist groups from around France, Salency’s mayor Hervé Deplanque has decided to withdraw funding for La Rosiere.

According to local daily Oise Hebdo, Deplanque has received many “offensive” emails from critics who consider the festival retrograde and sexist.

Salency’s elected officials voted unanimously on Wednesday to cut the €1800 they’d promised Tribout and his brotherhood for the homage to female ‘purity’, which doesn’t necessarily guarantee that the festival won’t take place.

A petition calling for the festival’s cancellation has already managed to gather 40,000 signatures, to which the brotherhood immediately replied with their own petition defending the initiative, which got 600 signatures.

“These associations are on the lookout for controversy,” Tribout told Oise Hebdo.

“They have to get hold of a the dictionary or type 'virtue' into Google and see what the current meaning of the word virtue is. This is the one we are honouring,” he argued.

“Virtue is a human disposition to do good and not to do evil. It's only that.”

But Selancy's population still doesn’t seem too convinced that it’s a good idea or good press for the village.

They’re particularly put out by the selection criteria for the title, with the young women, according to the 1,562-year-old rules, expected to have irreproachable conduct, virtue, piety and virginity.

Tribout, who organised his first Fete de la Rosiere in 1971 when he was just 17, promised there would be “no medical examination” to verify this last selection criterion.

He insists its part of the “heritage of the village” and above all “very charming, rural and fun”.

French feminist association Les Effronté-e-s are planning to make a complaint that will prevent the event from being held.

“We will make these girls realise that behaving normally is considered impure (according to this festival's values),” spokesperson for the group Fatima Benomar told the French press. “It's traumatic and stigmatising”.