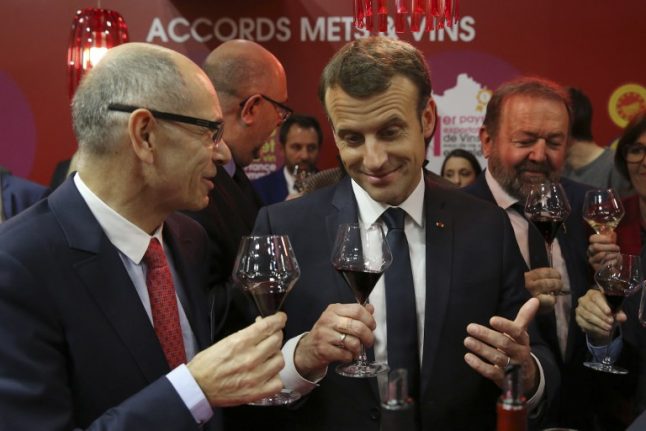 People who live very long and happy lives will often claim that it was drinking a glass of red wine — or maybe even a glass of brandy in the morning — that has kept them going for so long.

And the French wine industry has even gone to great lengths to dispute the claim by France's Health Minister Agnes Buzyn that wine was just as dangerous as any other alcohol.

But, according to a major new study into the effects of drinking alcohol, even an occasional glass of wine or beer increases the risk of health problems and dying.

The report, which attributes 2.8 million premature deaths worldwide each year to booze claims no amount of drinking is good for you. “There is no safe level of alcohol,” said Max Griswold, a researcher at the Institute for Health Metrics and Evaluation in Seattle, Washington and lead author for a consortium of more than 500 experts.

Despite recent research showing that light-to-moderate drinking reduces heart disease, the new study found that alcohol use is more likely than not to do harm.

“The protective effect of alcohol was offset by the risks,” Griswold told AFP in summarising the results, published in medical journal The Lancet on Friday.

“Overall, the health risks associated with alcohol rose in line with the amount consumed each day.”

Compared to abstinence, imbibing one “standard drink” — 10 grammes of alcohol, equivalent to a small beer, glass of wine or shot of spirits — per day, for example, ups the odds of developing at least one of two dozen health problems by about half-a-percent, the researchers reported.

Looked at one way, that seems like a small increment: 914 out of 100,000 teetotallers will encounter those problems, compared to 918 people who imbibe seven times per week.

“But at the global level, that additional risk of 0.5 percent among (once-a-day) drinkers corresponds to about 100,000 additional deaths each year,” said senior author Emmanuela Gakidou, a professor at the University of Washington and a director at the Institute for Health Metrics and Evaluation.

No doubt the news will be enough to galvanise France's wine producers once again.

Wine-making and drinking is intrinsically French, produced for centuries in all regions of France and central to the country's economy.

There is even a wine marathon in the Medoc wine growing region in which participants are served glasses of red at drink stations. and Bordeaux is home to the €81 million Cité du Vin, described as the biggest wine museum in the world.

In France, the wine market is worth €28.3 billion ($32 billion) in 2015, France remains by far the largest exporter in terms of market share value, with 29 percent, equivalent to €8.2 billion.

However, the number of people drinking wine in France does seem to be dropping.
On average the French drink around 44 litres of wine each per year, a steep drop on the 160 litres downed annually by the average adult in 1965.
Perhaps this report will be enough to make it drop even further.