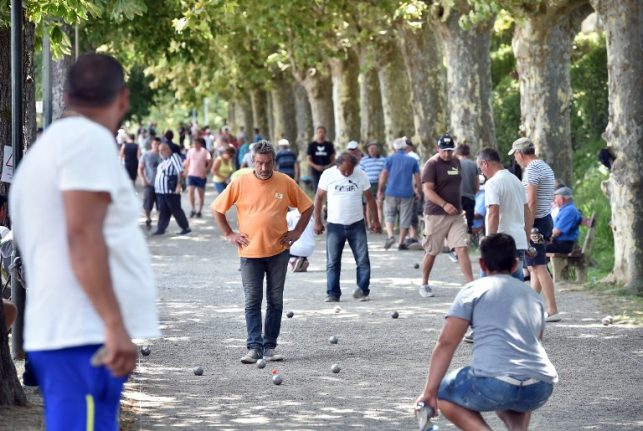 Illustration photo: AFP
The French are known for their love of cheese, wine and their favourite game… pétanque.
And it turns out that they're so passionate about the sport that they want to play it at all hours of the night.
But in the French town of Decazeville in the southern region of Occitanie, its mayor, François Marty thinks this love might have gone a bit too far.
As a result he has imposed a ban on the game between the hours of 11pm and 8am to “preserve the tranquility” of the town.
The official document states that “the activity of pétanque playing causes repeated noise such as rattling balls, accompanied by the sound of loud voices and screams”.
But luckily for the town's residents, Marty isn't a total pétanque grinch, with the document stating that exemptions could be granted in the case of events, parties and other festivities.
READ ALSO: