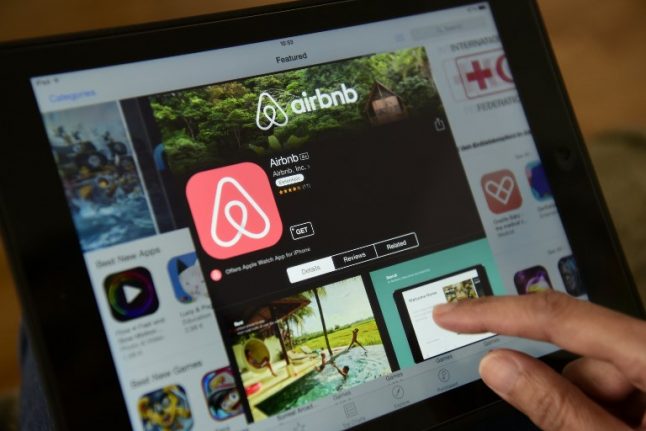 This is according to an investigative report by France Inter radio, who interviewed several of the people who claim to have been refused holiday rentals on the online bookings site as a result of their North African surnames.

“I wanted to book on Airbnb and Abritel, an apartment or a house in Marseille,” French journalist Merwane Mehadji told the station.

The booking and payment went through but then was quickly cancelled — Mehadji tried once more but yet again the homeowner blocked the booking for no apparent reason.

“Two or three days later, I saw the same listing and the dates I wanted to book were available again,” Mehadji recalls. “Something didn’t seem right to me but my friends around me said 'it's normal … you left your name and surname'.

“I wanted to be sure so I asked a friend to book it for me on the same dates. The owner replied within half an hour to let him know it was available, and then you realise that in fact it was all down to discrimination.”

Mehadji decided to tweet about his experiences this month, receiving hundreds of replies from other users complaining of the same treatment.

“When you want to go on holiday like everyone else but your name is off-putting : You book, you pay and then it's cancelled without explanation. Similar experience on @airbnb_fr and above all @abritel. The limit: The dates I had put are available again…” reads Mehadji's tweet.

“There are tonnes of people who are going through this every single day,” he said. “It is not normal to have to ask friends to rent a holiday home.”

One of them is Madjid Messaoudène, head of equality at Saint-Denis Town Hall just north of Paris, in France’s Ile de France region.

According to him, asking a friend with a “good French” name is a widespread practice but not one he agrees with.

“I refuse to do it,” he told France Inter.

“Some people look for landlords with foreign-sounding names thinking: 'maybe he will not go after me'.

“But that pushes people into withdrawal, that's why having a watchdog protecting people’s rights is essential.” Samuel Thomas, of France’s anti-discrimination federation Maisons de Potes, is one of the people looking to take the case to France’s ombudsman and to the courts.

“We want to get a hold of these files to bring a number of them (property owners)to court,” he told France Inter. “They are liable to a fine of €45,000 and three years in prison.

“The main perpetrator remains the owner, but if the intermediary (in this case Airbnb) is found to have been aware of these discriminatory practices and done nothing about, they are complicit.”

The world-famous holiday rentals site has already responded to France Inter’s investigation by saying it worked to raise awareness of discrimination and had never before faced any legal troubles over similar issues.

Abritel, a platform specialising in holiday rentals in France that's owned by the larger global portal HomeAway, also said it had never faced any legal action relating to discrimination.