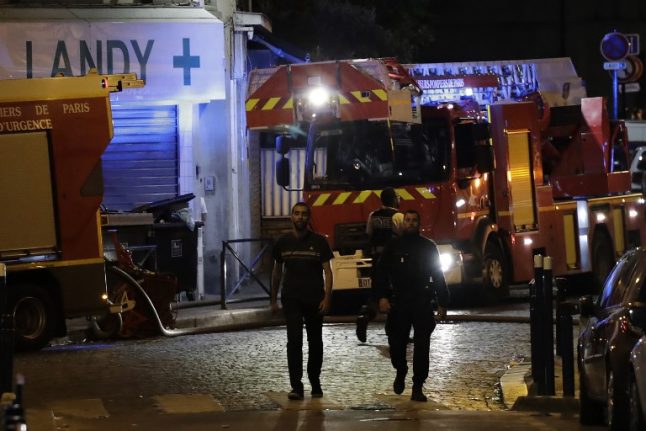 Policemen walk in a cordoned off street with firefighters' vehicles in background after a fire broke out in Aubervilliers, a northern suburb of Paris, on August 19, 2018. Photo: AFP
Some 16 people including 10 police officers and a firefighter were also slightly hurt in the blaze in Aubervilliers, northeast of Paris, which was later brought under control, the fire service said.
In the same town less than a month ago, a fire in a housing complex killed a mother and her three children aged 18 months to six years, and left nine others injured. Photo: AFP
Some 100 firefighters were needed to tackle Sunday's blaze, which took hold in the attic of a building with two floors.
According to a police source, people used windows to escape the flames while others sought refuge on the roof.
No fewer than 22 people were injured in total, some of them were suffering from burns while others who were intoxicated by the smoke.
The cause of the blaze remains unknown, the fire service added.
“Aubervilliers is once again touched by a serious fire,” the town's mayor Meriem Derkaoui said on Twitter, adding that the site of the fire was a private residence but that the town needed to look into the conditions of its occupation.