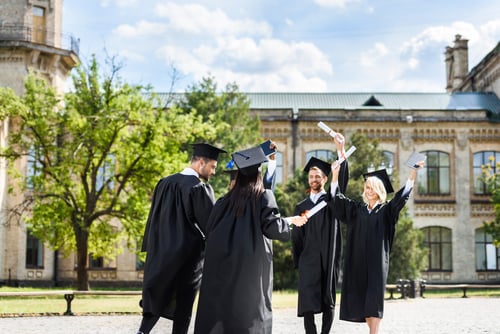 The Shangai Ranking – also known as the The Academic Ranking of World Universities (ARWU) – is out for the 16th year running, and French universities are once again lacking in the top 100.

Only three universités made it onto the highly reputed list put together by Shanghai Ranking Consultancy, the same as in 2017 and 2016.

The highest placed university is Sorbonne Universty, ranked 36th, a gain of four places compared to 2017.

The newly created institution is the result of the merge in January between Paris-Sorbonne and Pierre-and-Marie-Curie University.

“This confirms Sorbonne University as a research university of international dimensions,” the Paris institution said in a statement. The ranking, as in previous years, is dominated by American institutions: Harvard, Stanford, Massachusetts Institute of Technology, Berkeley, Princeton and Columbia all hold top positions.

Even the UK only managed to get three of its universities among la crème de la crop: Cambridge (3rd ), Oxford (7th ) and the University College of London (16th).

“It’s true that they have a stronger influence in the global science scene because of the dominance of the English language as well as the considerable financial means granted to research in the United States,” Ghislaine Filliatreau, delegate for France’s National Institute of Health and Medical Research (INSERM), told French daily La Croix.

“This elitist and highly publicized ranking is watched closely by politicians. Some countries only land scientific agreements and tenders if they have well-ranked universities.”

The methodology used to create the ranking has long been criticized in France, as it’s based on the number of Nobel prizes among its graduate students and professors, the number of researchers most cited in their discipline, and the number of publications in science and nature journals .

France’s former Minister for Higher Education and Research Valérie Pécresse even went as far as going to Shanghai in 2010 to plead the case of French institutions.

In order to get more French institutions on the ranking, Pécresse pushed for the merger of French universities, grandes écoles and research centres to try to increase the amount of “point-winners” per educational body.

But it still hasn’t proven to be enough.

“In our universities we also have a lot of publications from researchers attached to large organizations like France’s CNRS scientific research centre,” Patrick Lévy, president of the University of Grenoble-Alpes, told La Croix.

“They sign on behalf of the university but are not classified because it is not their employer. This year, it cost us potentially 40 places (among top 500).”