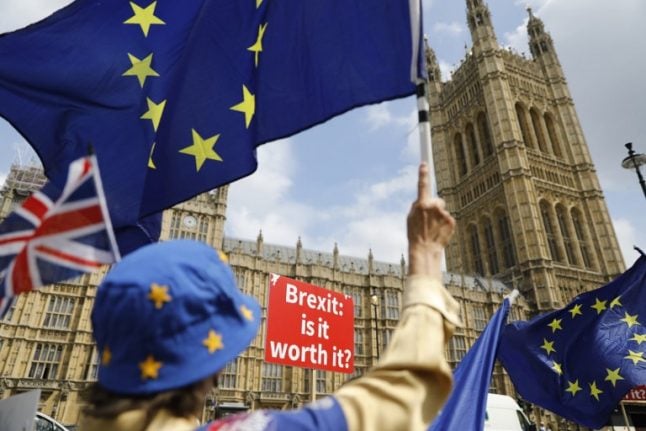 The legal challenge was presented by pro-EU advocacy group “UK in EU Challenge”, which represents Britons living in France, Italy and Spain.

The group submitted on Tuesday a judicial review against Prime Minister Theresa May at London’s High Court, arguing that the recent Electoral Commission findings on BeLeave and Vote Leave mean that the UK referendum to leave the EU was not a legal, fair or free vote.

In a statement on its website, UK in EU Challenge wrote “recent revelations show beyond reasonable doubt that the Leave campaign cheated in the Brexit referendum”.

“The Electoral Commission found “beyond reasonable doubt” that Vote Leave, the official campaign, cheated on its spending limit by almost £700,000 (6 percent).

“In a general election, local authority election or local authority referendum the courts can declare the vote null and void if there has been cheating of exactly this type,” the website reads.

The case presented by Croft Solicitors, the legal team representing the four British expats in question, argues Theresa May’s decision to trigger Article 50 was not in line with the U.K.’s “constitutional requirements”.

6/ Thanks to everyone who are engaging with the legal aspects. I won’t be responding to particular questions or comments (not because they aren’t interesting but because I’m part of the legal team) but please keep an eye on the site for updates https://t.co/vqZfbQ38Xn

One of the four named claimants is Elinore Grayson, a British expat living in France.

“It is fundamental that illegal intervention in British elections does not go unchecked,” she is quoted as saying by The Guardian.

“The principle of nullity when a decision was made on incorrect or misleading facts is a longstanding one and we wish to ensure that continues to apply at this crucial time.

“Many people across the EU, myself included, are reliant on bestowed rights to live their daily lives; there must be zero tolerance when it comes to cheating, misrepresentation and non-disclosure of information.”

The British government is resisting the group’s legal action on the grounds that it is “out of time” and that a similar appeal has already been dismissed.

But Croft Solicitors argues the claim isn’t outdated as only last July the Electoral Commission found that BeLeave spent £675,000 of undeclared money.

Almost 80 percent of the estimated 1 to 2 million Brits living in EU countries are of working age or younger.

Many of these expats fear their livelihoods and freedom to move around Europe are under threat, a sentiment the group UK in EU Challenge shares.

“The most important Court challenge yet. UK citizens living in the EU, your rights are in very serious jeopardy- so too for EU citizens in the UK. All are affected,” reads a Facebook post by the group.