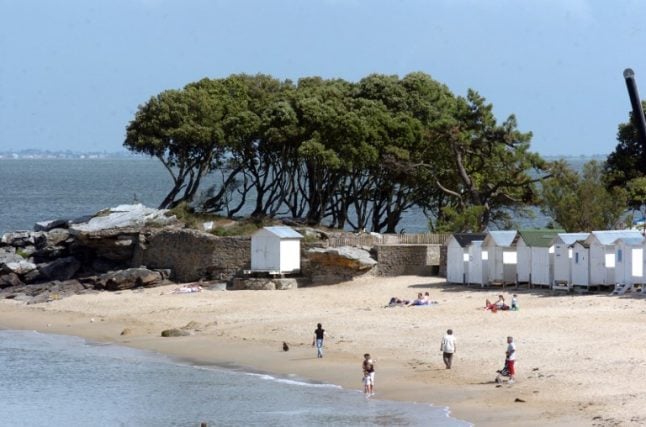 Illustration photo: Beach in Noirmoutier, AFP
“The young man decided to dig quite a deep hole to stand in,” the local prosecutor's office said in a statement which explained that the victim had not been able to free himself in time when the sea came in.
A member of his family had tried to pull him to safety, while emergency services were unable to revive him when they arrived at the scene.
The accident happened on Sunday on the Barbatre beach on the island of Noirmoutier which lies a short distance off France's Atlantic coast.
France's holiday season is in full swing, with millions enjoying sunny weather on beaches around the country.