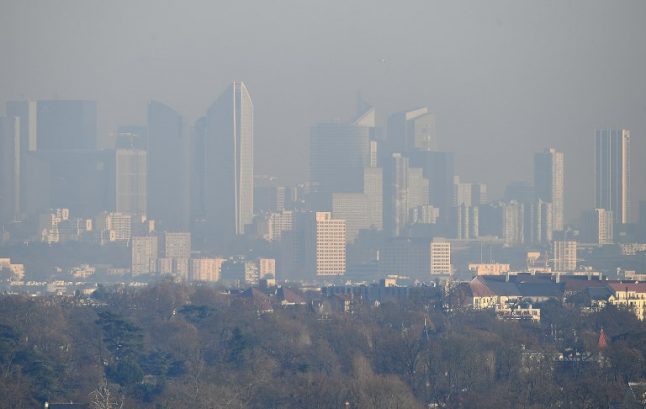 According to the environmental group Transport & Environment, breathing the air on a four-day visit to Paris is equivalent to inhaling the smoke of two cigarettes.

That works out to people living in the city smoking the equivalent of 183 cigarettes a year, according to Le Parisien.

These figures are alarming, especially at the height of summer, when thousands of tourists, including families with young children, pour into Paris and Europe's other popular capitals.

“When air pollution is bad, we are told to avoid eating or exercising outside,” Transport & Environment's Jens Müller said. “But walking around cities and eating on restaurant terraces is what city breaks are all about. Right now, tourists, including kids, are more or less forced to smoke, in terms of the health impacts.”

However, the French capital fares slightly better than London, where a similar stay amounts to puffing 2.75 cigarettes (see .

Istanbul and Prague are the worst of this air pollution 'top ten', with a four-day stay in these cities equivalent of smoking one cigarette a day. In Milan the number is 3, followed by Amsterdam and Vienna, which are the same as Paris. Air quality measured best are Barcelona and Dublin with 1.

The group's research was based on research that measures “PM2.5 particles”, the most commonly-measured form of air pollution which are particulate matter measuring 2.5 micrometres or less.

These particles are known to produce respiratory and cardiovascular illness and are small enough to invade even the smallest airways of the human body.

Cars are the main source of particulate matter in cities during summer months, and many European cities, including Paris have to take measures to fight air pollution.

Only a few days ago, authorities in the French capital banned the most polluting vehicles from the city to fight the smog brought on by the heatwave. France and five other European countries were taken to court by the EU for failing to respect air quality limits and face billion of euros in fines.

The environmental group warns that the situation could be much worse than citizens believe.

Yet pollution may be much worse than recognised officially. This is because authorities frequently rig monitoring stations to hide bad results, placing them in parks, calm streets or switching them off altogether,” Transport and Environment wrote in its report.