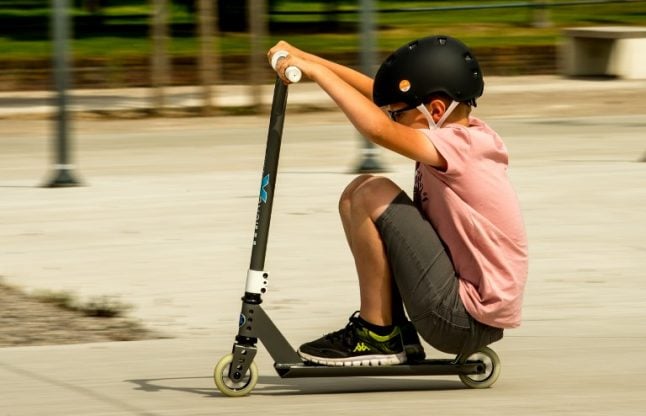 A few years ago, a British friend of mine in Paris who was struggling with the way her French husband was bringing up their kids, called me after having an epiphany at her shrink's.

All became clear when her psychotherapist, who specialised in counselling multi-cultural couples (she was half American half French herself), summed up my friend's situation in one, liberating, sentence.

“British and American parents raise their kids to prepare them for leaving the nest one day and to become independent, but French parents do everything to keep them close to the bosom of the family.”

This hit the nail right on the head of a simmering feeling she'd had since becoming a mum: that there was something fundamentally different in the way she acted with her children from the way their dad did.

We've often talked about it since, and I, being part of a Franco-British family too, have also thought about it more than once as I fume, sigh or sometimes smile about the way my Parisian partner behaves with my children.

At times, our different ways of raising our daughters verge on the schizophrenic.

On an average weekend walk or bike ride for example, my husband will constantly be telling them to be careful: “Attention! Don't jump off that rock! Don't wander off too far! Don't take off your jacket!” (even though you're sweating and your face has turned scarlet – I mutter under my breath).

I, on the other hand, let them go out without a coat, believing it will make them tougher. “Wander off!” I say, hoping they will hone their self-reliance skills. “Your body will tell you if you're cold.”

If they want to climb up to the top of that massive oak tree, all the better: “Go on, climb up, I know you can!” I encourage them, as their dad looks on, petrified.

I don't think I'm irresponsible and my partner doesn't think he's being over-protective, it's just the way we were brought up. On the one side, I, representing Britain, as a default think children (within reason) should learn as much as possible from experience and toughen up. On the other, my partner, representing France, does everything to protect them and make their lives more comfortable.

Take falling ill for instance, and going to the doctor's.

When I was around six years old and had a cold, I remember spying on my unsuspecting Scottish mother pouring some apple juice onto a spoon and then feeding it to me pretending it was medicine. It says it all. Only go to the doctor's if it's REALLY serious, and take medicine if you REALLY need it, was the mantra in our home.

Not so here. Over the past 10 years, I've been to the doctor's in Paris for my (thankfully) healthy daughters more than I have for myself in my entire 43 years of existence (also, thankfully).

It's no wonder. The French names given to the symptoms of common colds and flus are terrifying – and beg to be dealt with immediately. There's 'trachéite' and 'bronchiolite' for a sore throat, 'gastro-entérite' for stomach flu, the list goes on.

We often have a giggle with another English friend of mine whose husband's French, at the ridiculous death-threatening sounding French names given to minor ailments. “My daughter came back complaining of TOR-TI-CO-LIS!,” she scoffed the other day talking about the hilarious-sounding word for her child's stiff neck.

My daughter recently did too, and my partner rushed to the chemist to get a neck brace. I had just told her to take it easy…

This level of attention and care seems to extend to school and homework. There is a huge emphasis in French schools on academic learning, and much time is spent at the desk. This studiousness seems to extend to the way homework is carried out at home.

In my observations at home and in other French-British households, the French partners sit down for hours with their children, pouring over their homework, copying sentences, and doing extra work. It's a very good thing I know, especially given how difficult learning the French language can be, but many times I find I'm fighting an internal battle to prevent myself from whisking them off to the park for some fresh air and a kick-about instead, where they can be free, just for a while.

But perhaps the most vivid illustration of the shrink's theory is what happens after children have finished high school.

When I announced to my French family that I was taking a gap year in Spain before university to perfect my language skills and teach English, they acted like I had just told them I'd committed a murder. I was leaving home at 17 – and heading off on my own – how irresponsible!

While many of my UK friends at the time travelled for a few months or took a gap year, most of my French friends studied in their home town, and lived with their parents well into their twenties. Of course that has something to do with the higher education system in France – there are far fewer student campuses here for example, but it does push back the moment many young adults actually flee the nest and become fully independent.

Although (what I see as) French mollycoddling does sometimes exasperate me, these approaches are neither a bad or a good thing, they're just different.

And having said that, there's a chance I might just turn very French all of a sudden when my daughters tell me they're leaving home to travel the world straight after their final school exams. When that time comes, I think I'll leave it up to their dad to decide.