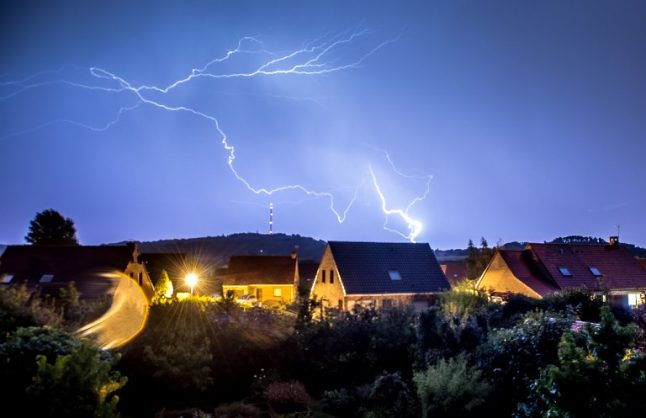 Map: Meteo France
People in these areas are advised to remain vigilant due to the risk of dangerous weather.
The alerts were put in place at 6 am on Thursday and are expected to remain in place until at least 6 am on Friday.
Météo France described a “highly stormy Mediterranean episode that can lead to heavy rainfall coupled with an active rainy season which requires special monitoring” and a “risk of violent weather”.
On top of heavy rainfall (30 to 50 mm, or 60 to 80 mm locally), hail is also expected in some areas.
The morning will be marked by plenty of strong rain, which will quickly spread from the south west to the Massif Central, and to the north of the country in the late morning through Limousin, Burgundy, Ile de France and Picardy.
Meanwhile the mercury will take a sharp drop, with the minimum temperatures expected to range from 13C to 17C although the south west, north east and the Mediterranean are expected to be warmer with temperatures of 16C to 20C.
The mercury will be at its highest in the west of the country where it will reach between 18C to 23C, with the Paris region experiencing similar temperatures.