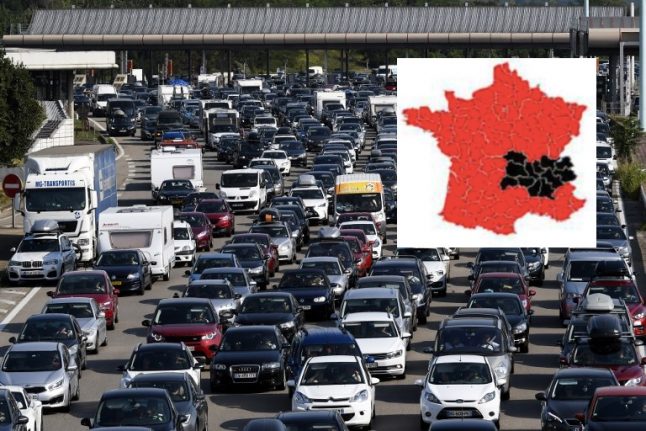 Motorways will be packed this coming weekend as millions of holidaymakers across l’Héxagone set off on their summer breaks, while many others return home.

According to France’s national road information centre Bison Futé the traffic forecast is looking particularly grim for Saturday, with most of the territory being given a red ranking, meaning traffic will be very difficult, for departures and orange (difficult traffic) for returns.

Hold ups will be exceptionally bad for the southern region of Auvergne-Rhône-Alpes and all along the country’s Mediterranean coastline, awarded a black classification, the worst possible ranking.

Circulation on France’s roads is expected to be more fluid on Friday, with most of the country’s network being given an orange classification.

However it’s Sunday that’s forecast to be the best day to drive on France’s autoroutes this weekend, as all regions except Auvergne-Rhône-Alpes (given a orange classification for moderately difficult traffic) are marked as green.

If you’re planning to set off from Paris or anywhere else in the Ile-de-France region, Bison Futé recommends hitting the road before 6am.

Returns to the capital and surrounding area will experience less traffic before 2pm on any of the three days.

This is particularly advisable if you’re driving on major motorways such as the A7 motorway in the Rhone Valley, the A9 to and from Spain, the A61 between Toulouse and the Mediterranean and the A10 around Bordeaux.

SEE ALSO: What you need to know about driving on France's motorways 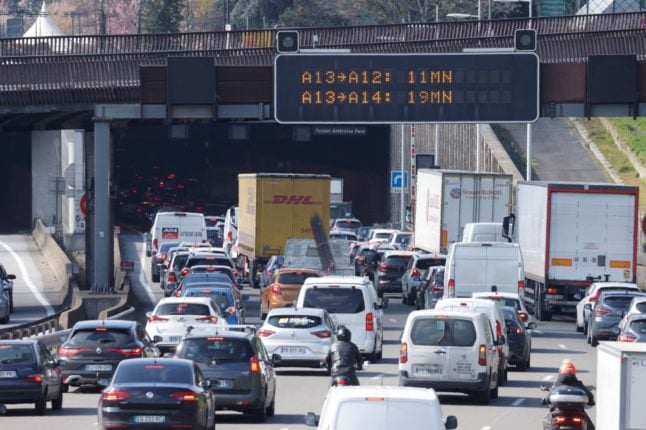