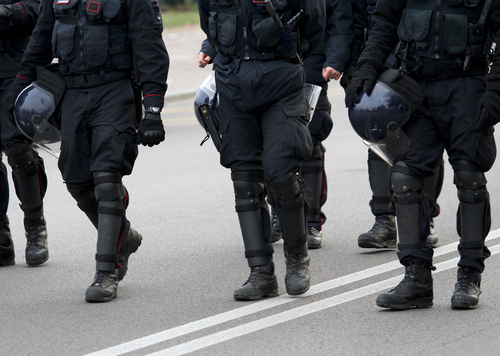 The bar in Le Bourget commune 10km from central Paris had been under police surveillance for nearly two years when the incident took place, French magazine Le Point revealed.

Police in the Ile-de-France department suspected the owner was using the bar as a front for drug trafficking and prostitution, based on a tip they were given.

But after two years of investigation, officers were unable to find any incriminating evidence, an apparent reason to take out their frustrations on Le Bourget’s staff.

“When I took over, I put an end to the bad habits of uniformed “customers” who used to eat without worrying about paying the bill,” the bar’s young manager told Le Point, adding that the practice is common among police in the department.

The drinking hole’s proprietor had also taken the allegations of drug trafficking seriously, installing a CCTV system with cameras scanning every nook and cranny of the premises for any illicit business.

But these same security cams ended up filming another questionable incident on July 19, involving the Police Commissioner and his squadron.

Footage shows the men in blue conducting a search as three of the officers grappled with the owner and other police put the bar’s customers against the wall and frisked them. According to reports, the Police Commissioner reacted angrily to being insulted by the manager.

The high-ranking official then forced the manager to get on his hands and feet and kiss his feet as a means of apology for the insult, an uncomfortable scene caught on CCTV.

The bar manager went ahead with the humiliating act as one of the commissioner’s henchmen leaned over him, threating to hit whip him with a belt if he didn’t accept the punishment.

“I had no choice but to kiss his feet,” Le Bourget’s owner regrets.

“I’m being harassed and the authorities are doing nothing.

“I reported all the actions of the Chief Police Commissioner of Police. For nothing.

“I don’t want to end up like this bookstore owner in Le Bourget who suffered a similar situation for ten years and ended up closing down. The bar manager has since filed a complaint at the nearby Bobigny High Court (seen above) against the Police Commissioner and another case suggested by his lawyer for alleged “threats and intimidation in order to dissuade a victim from filing a complaint”.

Luckily for the bar manager, all the evidence he needs is on those CCTV recordings. 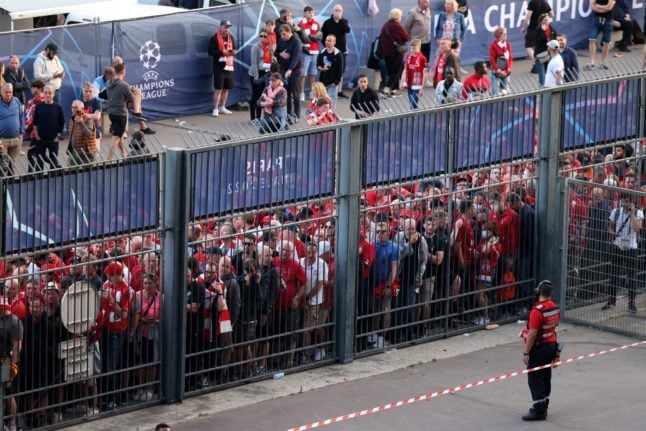