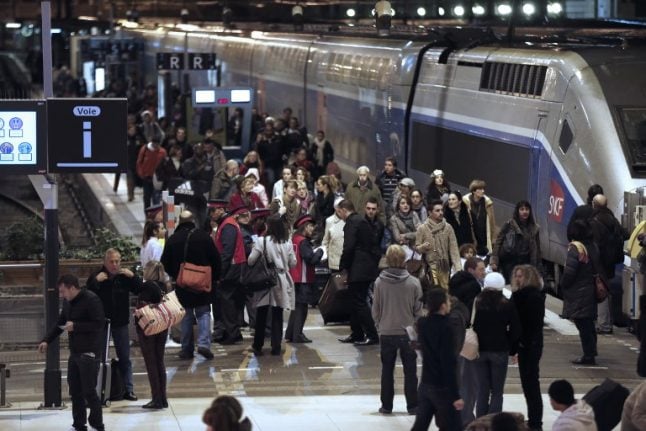 Some 1,500 travellers waited several hours to board their trains at Caen, Lisieux and Evreux stations after heavy thunderstorms caused disruption on the rail lines on Tuesday afternoon.

In total, a dozen trains were left stranded at the stations in Caen, Lisieux and Paris Saint-Lazare.

In the Paris-Caen direction, the clearing of the tracks is expected to take longer. “Our teams will continue to work all night to cut the other tree blocking the Paris-Caen line,” SNCF wrote.

As a result of the ongoing bad weather, SNCF provided either alternative transport in taxis for delayed passengers or took them to their accommodation at the hotel for the night. These thunderstorms across much of France signified the end of the heatwave for most of l’Héxagone, with an average temperature drop of 10C and even 15C expected on Wednesday and Thursday, down from the unbearable high thirties and low forties.

Strong winds, heavy rainfall and hail struck several regions of France on the night of Tuesday 7 to Wednesday 8 August, the most affected areas being Normandy and Amiens.

Similar bad weather is expected throughout Wednesday from Normandy to Ile-de-France and then back to to the north and east.

Storms are also expected in the afternoon and evening in Midi-Pyrenees and the Massif Central area and at night in Burgundy,Champagne-Ardenne and in the west of Lorraine.

The weather will remain stormy until early Thursday morning from the south-west to the north-east of the country, with showers forecast.

France's sudden change towards stormy weather is best evidenced by this video published by The Huffington Post, showing Lac d'Annecy close to the Swiss border turning into a huge wave pool as a violent storm approaches.

This other video shows beachgoers quickly leaving Ouistreham beach in Normandy as strong gusts of wind blow up the sand when a thunderstorm nears.

Firefighters were also called 36 times in the northwestern department of Calvados on Tuesday to deal with floods in home cellars and electrical cables being cut on roads.