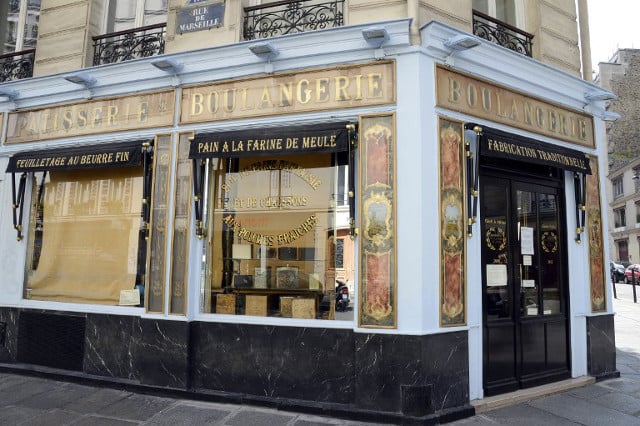 France takes a unique approach to summer, with a huge number of businesses shutting up shop for the whole of August (and sometimes even July), and the number of French people in cities dwindling to a handful as they make their escapes to the beach or mountains.

Jackie McGeown, who runs the blog Best France Forever has created a list of some of the defining features of a French summertime to help clue you in.

These will no doubt strike a chord with anyone who is left behind in a French city when it seems like the whole world has gone to the beach.

1. Everything closes in August. As a newbie you might ask, Pourquoi? and have the reply, “Because it’s August.” Try countering this with the observation that August happens literally everywhere without closing an entire nation and then you will be introduced to C’est comme ça as the ultimate argument ender.

2. But your favourite boulangerie seems to be closed longer than anything else. By September you’re basically sitting on the doorstep, rocking back-and-forth, money clutched in your hand, muttering une baguette, s’il vous plait, madame to no one.

3. And if you do get sick in August you can’t see your usual doctor, so end up getting an appointment with the only doctor available. Definitely don’t have a baby due in August. That’s CRAZY-bad timing. (I did.)

4. On the upside, since no one is going to work you can finally get a seat on the Metro!

5. Until they start running fewer trains and closing lines for works, and then you’re back to standing again.

6.  It’s so hot outside that you have to keep your shutters closed all day, then experience the irony of being in darkness when it’s super bright outside.

7. You step outside and are hit by a wall of heat like when you get off an airplane at your holiday destination. Except you live here and don’t have a swimming pool, an all-you-can-eat breakfast buffet or a minibar.

8. You take your kids to the park then realise they can’t play on any of les jeux because everything’s so hot you could probably fry an egg on them.

9. You remember that brumisateurs are genius inventions.

10. Everyone starts having barbecues. You smell them everywhere and they either make you very hungry (so much deliciousness) or very angry (‘cos it’s your neighbours and the smell goes right into your apartment).

12. Which means that supermarkets start selling bottles at 2 for the price of 1. So it would kinda be rude not to take them up on their offer…

13. The TV news stations start doing silly reports from holiday destinations which inevitably includes a shot of a topless woman.

14. And the TV weather starts reporting the sea temperature, AKA is the most exotic thing ever.

15. Everyone suddenly gets better looking. The streets are filled with total hotties not wearing many clothes. You’re all, “Where were you hiding all winter, pretty people? Were you all busy being in music videos?”

16. And you get serious dress envy walking down the street. Where do French women get work-appropriate summer dresses? I NEED to know.

17. Paris Plage happens! It’s a cute way of giving a taste of a better life to people trapped in a sweaty city. Like when Clarice offers Hannibal Lector the chance of holidaying on an abandoned animal-testing island in Silence of the Lambs. We know it’s not St Tropez but it’s better than nothing.

20. Basically anywhere outdoors with a bench, a pigeon, and a view of a tree is summer-time picnic gold.

21. Tourists, much like grey squirrels, force out the native inhabitants and run wild (as do brides doing photo shoots on Parisian bridges).

22. You find yourself wondering, “Where are all the French people?” The answer is that they are stuck in a traffic jam on the motorway en route to another part of France.

But in spite of the heat, the suspension of normal life, the changing populations, you realise that summer in France is the greatest and there’s nowhere else you’d rather be.

Jackie McGeown runs the site Best France Forever. Follow her on Facebook here for regular updates and you can read the original blog post on 26 things that happen in France every summer here.

Beaune said on Wednesday that he hoped to develop a billet unique that can be used on long-distance SNCF trains, local transport services and city public transport such as the Paris and Marseille Metro.

But there’s a catch – it hasn’t been invented yet.

In an interview with 20 Minutes, Beaune said that he hopes the single ticket would “revolutionise the daily life of public transport users in France”.

What is the billet unique?

As we mentioned it doesn’t exist yet, so there are plenty of details as yet unconfirmed, but the plan as outline by Beaune would be to have a single travel pass that is compatible with all public transport system.

So for example users could use it on buses, trams and the Metro in Paris, get a train ticket to Marseille with the pass and then use it to get around Marseille via Metro or bus.

At present all French cities have their own transport operators, who all have different tickets, travel passes and apps which are not compatible with each other. For trains, users must buy tickets from SNCF (either on paper or via the SNCF Connect app).

Beaune’s proposal is to create a single pass or app that can be used anywhere, although individual apps/passes will remain in operation – one ring to rule them all, if you like.

Individual pricing for tickets would remain the responsibility of local authorities or SNCF.

When will it be available?

Beaune told news website 20 Minutes that previously he thought it would take “at least ten years to do this, but I’m convinced that within two years we can develop a single ticket to go everywhere in France”.

But it doesn’t exist yet?

No, it’s being developed as we speak.

Back in November, Beaune announced a “hackathon” – an event where people engage in rapid and collaborative computer science, typically in a short period of time like 24 or 48 hours – at the Cité des Sciences et Industrie in Paris. The event was set to run from February 7th to 8th.

The hackathon has one goal – innovating and designing the “transport ticket of the tomorrow” or the billet unique.

A jury at the hackathon will now select the best idea for producing a single-ticket compatible for travel across France. Over 70 different groups – from start-ups to individuals – participated in the event.

After the hackathon, the plans for the transport ticket will be taken to a government established working group whose job will be to “define the procedures for implementing a single transport ticket on a national scale,” according to French daily Le Parisien.

A ‘hackathon’ – does that mean it will be a digital ticket?

Baune said that an app would “obviously be the easiest, as E-tickets can be recognised and read everywhere”.

However, the minister did note that the single-ticket system would still need to be accessible to those less adapted to digital technology, particularly for the elderly.

Referencing Germany’s €49 ticket – intended to improve train travel across the country – Beaune mentioned that the ticket could also come in a paper version.

“We’re not starting from scratch,” the minister said, referencing the Navigo pass in the Paris region, and the Korrigo pass in Brittany.

READ MORE: When is Germany’s €49 ticket coming – and how long will it last?

Eventually, Beaune said that he hoped such a ticket might be available on a Europe-wide scale, pending initial success in France.

How much could it cost?

Pricing for transport tickets will be left to local authorities, as it is now. However the minister added that it may be possible for the common ticket itself to lead local authorities to offer the same rates over time.