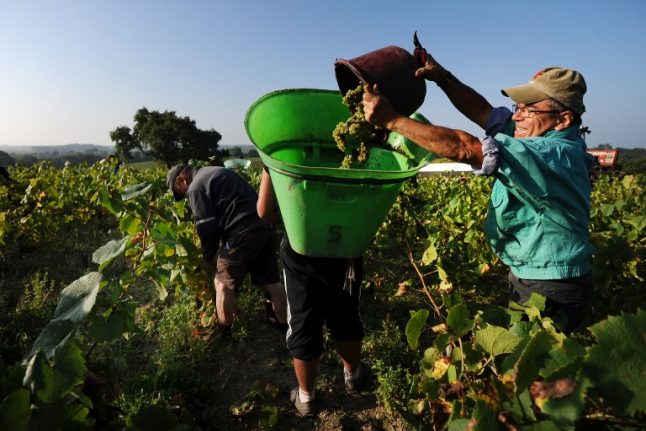 “Grape vines like the sun,” said Bernard Farges, president of the wine grower's association for the Bordeaux and Bordeaux Superieur appellations.

“It rained a lot last spring in nearly all winegrowing regions, especially in the south… so the vines aren't suffering from the drought,” he said.

Agriculture Minister Stephane Travert told AFP on Monday that this year's grape output was expected to be “higher than average” after production was hit by weather-related losses last year.

Quality-wise, 2018 should also be a good vintage, he said.

Many growers were worried about another year of anaemic production after a series of hailstorms battered fields across France in May. Besides damaging the fresh shoots, the storms left damp conditions in their wake which increased cases of damaging mould as summer temperatures rose — a problem in particular for the increasing number of growers shunning pesticides.

The recent dry heat has helped most vineyards fight off the mould but without growers feeling the need to harvest the grapes early to avoid the sun shrivelling up the fruit.

So far only parts of the Champagne and Alsace regions in the northeast are planning early harvests later this month.

“So far things are looking good overall, the vines are in excellent health, the grapes are maturing normally for a harvest which is nonetheless extremely early,” said Frederic Bach, head of the Alsace winegrowers' association.

In the southern region of Fitou along the Mediterranean, usually one of the first to begin harvesting, this year's harvest which began on Tuesday came two weeks later than last year's. A late cold snap in the Bordeaux region last year, for example, slashed the 2017 harvest by 40 percent.