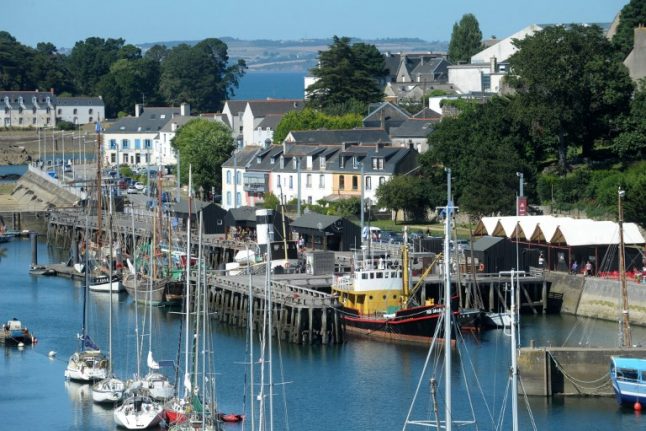 Photo: Fred Tanneau/ AFP The small Breton port of Douarnenez in western of France is desperately looking for doctors

Only last year, the seaside town of Barneville-Carteret on the northern French coast boasted five doctors.

But only a few months ago, three of those doctors retired, and another is set to leave soon.

3,000 people live in this pretty and touristy port year round, but the numbers triple in the summer, and several doctors are needed to cater for the town’s needs.

Its mayor Pierre Géhanne has been struggling to find replacements, and so he decided to come up with a job offer that he hopes will be too good for some doctors to turn down.

GPs who decide to settle in his village will be housed in a flat with a sea view for free, have the use of his boat with a free mooring in the port and be offered dinner in a Michelin-starred restaurant nearby every month.

“Even if it seems a little wacky to be doing this, we have to try something,” Géhanne told Le Parisien.

“We have to face up to the fact that soon, there may be no more doctors here!. So it doesn’t matter what means we use to solve this critical problem, as long as we solve it.”

There are several reasons for the acute fall in the numbers of doctors in these areas.

More doctors are needed as the French population rises and gets older.

There are in fact more qualified doctors in France than ever before but young GPs prefer to work in urban areas, where they earn more or head to the more popular areas such as Provence in the South, where there is better weather.

As a result, rural areas face the tough challenge of finding replacements for doctors who are retiring.

The colder, more isolated parts of France such as Britanny suffer.

That's why some communes are thinking out of the box to try and bring new doctors in.

It took five years for the Breton village of Plonévez-Porzay to find one. In 2016, its inhabitants gathered on the beach to form a giant caduceus, the emblem of the medical profession, and wrote in giant letters on the sand : “Plonévez-Porzay needs a doctor”. The ‘buzz’ created by the event led to the recruitment of two doctors.

In Douarnenez, promotional ads aimed at doctors have been printed on 9,000 restaurant table mats in the hope that GPs visiting the port as tourists will read them and want to settle there.

Other villages have taken to making ‘funny’ videos.

One of them, La Garnache in the Vendée region in central France, recently posted a video online in which the mayor declares ironically that he has banned illnesses from his village so that there is no need for a doctor. In the film, he is seen surrounded by candles acting as a kind of 'witch doctor'.

The video, which ends with a call for help, has been seen nearly 2500 times. The town hopes one of those clicks will eventually lead to a new doctor.