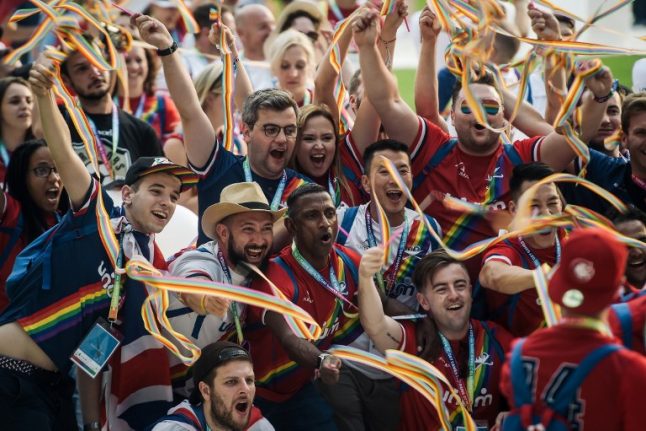 More than 10,000 people from 90 countries are taking part in the games, which originated in San Francisco in 1982.

Some of the participants come from countries where homosexuality remains a crime.

The aim of the games, according to the official website, is to combat discrimination, promote the recognition and freedoms of LGBT (Lesbian, Gay, Bisexual, and Transgender) people and promote information on HIV/AIDS, drug use and other risks. The 10th edition was launched as Paris like much of Europe deals with soaring temperatures. Athletics and swimming are among 36 sports on the agenda for the week, in 67 venues in and around Paris and elsewhere.

The sailing events will be held in English Channel. The opening of the games, six years before the French capital hosts the 2024 Olympics was hailed by government spokesman Benjamin Griveaux.

“Thirty-six sports, 90 countries, 10,000 participants and one idea; always doing more to fight against homophobia and for equality,” he tweeted Saturday. All participants will receive a medal.

“We want to promote self-improvement rather than victory at all costs,” said Pascale Reinteau, co-chair of the event.

Cultural events will run alongside the sporting activities, with many taking place in the grounds of the Paris town hall.

The Gay Games will come to an end on August 11.