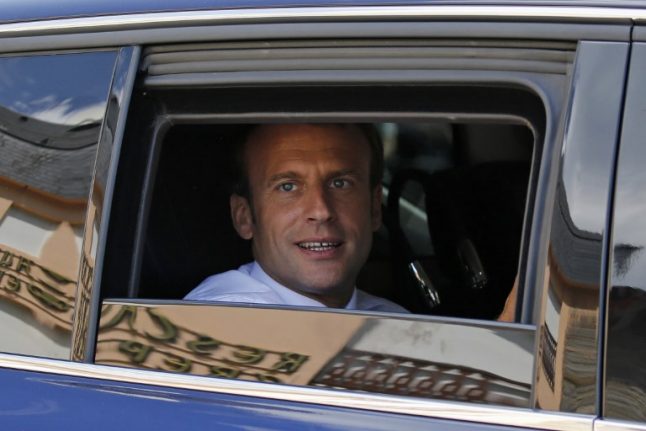 The president should still be basking in the World Cup victory that sparked tumultuous joy on the streets of France — but instead, he heads off to his southern summer retreat on Friday weighed down by a damaging scandal.

For two weeks opponents have seized on revelations that former top aide Alexandre Benalla roughed up May Day protesters while wearing police insignia,
and that Macron's office knew about it but didn't inform prosecutors.

It has capped a series of bad news and missteps on several fronts in recent weeks, analysts say, taking the shine off the leader who was supposed to shake
both France and Europe out of their torpor.

Rightwingers and leftwingers alike have grilled top officials with zeal over their handling of the Benalla affair, and even went so far Tuesday as to stage two votes of confidence in parliament.

Thanks to its comfortable majority, the government survived — but the scandal has nonetheless given opponents ample air time to attack Macron's
response, which they say was worryingly dismissive of the checks on his power.

While Macron has shrugged off the affair as a “storm in the teacup”, it has taken its toll on his approval ratings, with a record 60 percent reporting an unfavourable opinion of him in an Ipsos poll last week.

“Benallagate” has also halted his push at a constitutional reform which aims to streamline the legislative process and shrink the number of lawmakers in parliament by a third. Adding to his difficulties, the government admitted this week that economic growth was slowing and would fall short of its 2 percent target for this year as a trade war looms with the US.

Corporate tax cuts and labour reforms have not kept the jobless rate from climbing recently to 9.2 percent, well above the European average of 8.3 percent.

“People are starting to say, 'In the end, what is he doing for me? Is the country doing better?' And it's still a bit early to measure that,” said Bruno Jeanbart, deputy chief at the polling firm OpinionWay.

'End of the fairy tale'

Macron has ridden his cabinet hard over the first year, packing in a series of measures to “transform” France and bolster growth while also pushing
ambitious plans to increase EU cohesion and efficiency as Brexit looms.

“Everyone needs to relax, there's been a lot of stress lately,” a government source said this week, though ministers have been told not to stray  too far from Paris.

Macron himself will be with his wife Brigitte at the presidential Mediterranean summer retreat at Bregancon — where it was recently unveiled  they plan to install a 34,000 euro ($40,000) swimming pool.

The plan, coming after a wealth tax cut, prompted fresh accusations that the former investment banker is insisting on budget cuts for everyone but those at the top.

“It's the end of the fairy tale,” said Nicolas Baygert, a professor of political communication at the Free University of Belgium.

“We're seeing only limited effects from his reforms on growth, and from his international efforts with Trump and Putin,” he said.

Macron's professed friendship with the US president has not prevented a burgeoning trans-Atlantic trade war nor led Trump to stick with a landmark  deal curbing Iran's nuclear programme.

“Direct and frank” dealings with the Russian president have also failed to secure any breakthroughs on either the Ukraine or Syrian conflicts. And on European reforms, most countries remain lukewarm if not outright hostile to Macron's goals despite a flurry of trips to European capitals to meet leaders and hold his trademark town-hall style meetings with young people.

“He hasn't convinced enough people that what he's doing is not just franco-francais, that he's not just pursuing a French agenda and dressing it up in European clothing,” said Charles Grant, director of the London-based Centre for European Reform.

“He's still someone who makes the weather in Europe because he's almost the only outstanding leader there is, but the downside is he's on his own,” he said.

Grand EU ambitions also yield little political gain at home, where issues like the economy and immigration dominate voters' concerns, according to polls.

Even though few analysts expect the Benalla affair to seriously disrupt Macron's reform drive, including to pension financing and public services, he risks having to sell them to a more hostile audience.

“As every French reforming politician has discovered for the last 30 years… these are not easy or popular things to do, especially when you're
cutting taxes for the rich,” Grant said.