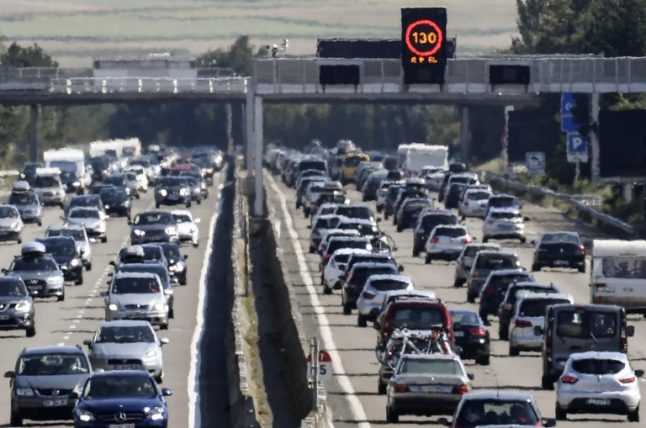 On Thursday weather agency Météo France extended the ongoing heatwave alerts to 66 departments across the country (see map below).

There were already 34 departments on alert on Wednesday evening but the extension of the weather warnings to the centre and south west of the country means most of France is now officially sweltering under a heatwave.

Temperatures in most places are hovering around the mid 30s but the mercury reached as high as 40C in Nimes on Wednesday and in the Rhône Valley the thermometre will consistently reach the high 30s over the coming days.

The public are warned to avoid being outside at the hottest times of day and to drink plenty of water, even when not thirsty.

The warnings are likely to remain in place throughout the weekend with only Brittany, Normandy and the far north of the country spared the worst of the heat.

French Health Minister Agnes Buzyn had a special word of warning for drivers, tens of thousands of whom will take to the roads this weekend to either return from holiday or head off on their summer vacation, an event in France known as the chassé croisé des vacances or holiday crossover.

Thousands of drivers from the UK are also due to head over the Channel and will hope to avoid the disruption last weekend when the heatwave caused delays to Eurotunnel services.

Buzyn urged holidaymakers not to travel during the hottest times of day.

“People have to think about children and I'm worried about the holiday crossover traffic, which will mainly occur in the Rhone-Alpes region, which has been severely impacted by the heat wave,” said Buzyn.

The busy A6 motorway, known as the Autoroute du Soleil (Sun motorway) heads through the Rhône valley from Paris and Lyon to the beaches of the south coast.

“It is imperative to drive earlier in the morning or late at night, avoid periods of extreme heat, protect children, take enough water in cars and stop regularly,” she advised.