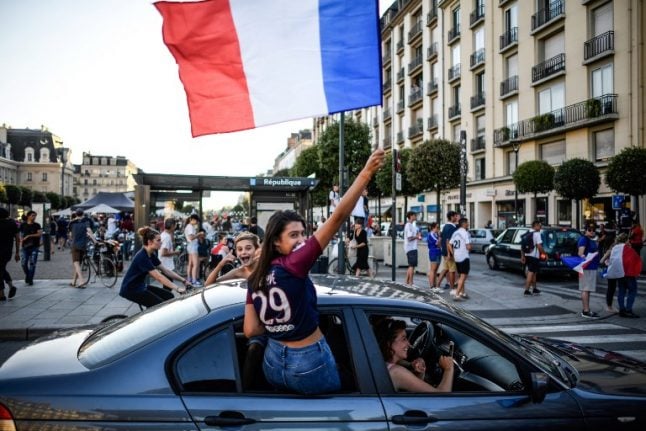 Police in the town of Tergnier — population 13,000 — issued fines of 35 euros ($41) in the wake of the national team's World Cup victory this month to people who carried on honking horns after some neighbours were ready to call it a night.

After France secured its second World Cup title on July 15, “for a while there were huge numbers of people out in the streets,” police officer Didier Aubin told AFP on Tuesday, confirming a local press report which revealed the fines.

But when calm returned at around 10:00 pm (2000 GMT) some fans still wanted to drive around honking their horns, while motorcyclists repeatedly revved up their engines.

“Lots of people who couldn't care less about football were complaining, because people were screaming in the streets, honking, and the motorcyclists
were making tons of noise,” Aubin said.

As a result, eight people were received tickets for “improper honking” and three for revving their motors, he said.