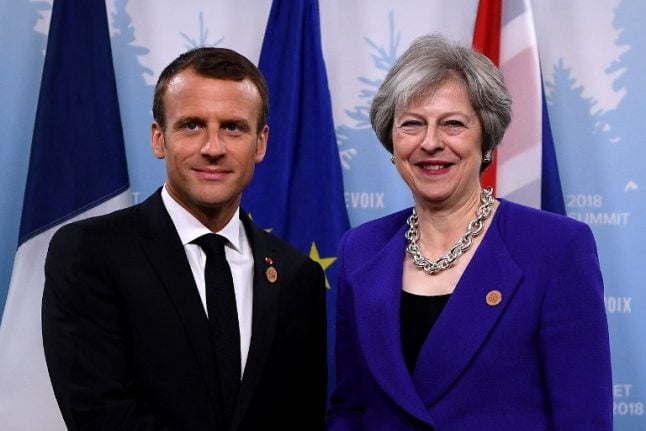 Photo: AFP
The two leaders will hold a working meeting and private dinner at the presidential retreat at Bregancon, where Macron and his wife Brigitte will be spending their summer holidays.
May, who will attend with her husband Philip, will be the first foreign leader invited to the fort at Bregancon, perched on a small peninsula on the Mediterranean coast.
Macron's office did not note any specific agenda items, but an agreement on Britain's divorce from the EU — set for March 29, 2019 — must be forged in principle before a European summit in mid-October.
The EU's chief negotiator Michel Barnier last week rejected May's proposal to keep the land frontier between the UK and EU member Ireland open and without a “hard border” that could severely hamper trade.
May's visit comes after Britain's new foreign minister Jeremy Hunt met his French counterpart Jean-Yves Le Drian in Paris on Tuesday, one of several top British officials being dispatched by May to help drum up support amid difficult Brexit negotiations.
Hunt told French radio earlier Tuesday that a no-deal Brexit was “the last thing we want”, adding that May's chosen strategy was to push for continued close ties.