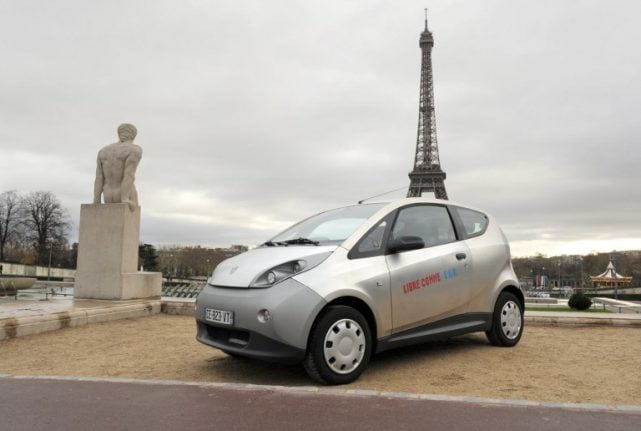 AFP
The more than 4,000 silver Autolib hatchbacks had become a fixture on the streets of the French capital, with docking stations for the electric vehicles found at every few blocks.
But at midnight on Tuesday the service will be switched off and the cars will be taken off the streets.
Even after winning over some 150,000 subscribers, the system failed to prove economically viable — despite promises by its operator, the Bollore Group, that once fully deployed it wouldn't cost the city a cent.
Last month the conglomerate, which used the scheme to showcase its electric battery technology told officials they would have to pay €46 million ($54 million) a year for the next five years to cover an expected deficit of €294 million.
Socialist Paris Mayor Anne Hidalgo called the request “preposterous”, and lawmakers in Paris and the suburbs participating in the scheme voted to cancel the contract immediately instead of letting it run out to 2023 as planned.
Bollore, which says it faces a €60 million bill itself, has said it will now take the city to court.
SEE ALSO: Autolib: Why have the wheels come off the much-lauded Paris car-sharing scheme? Autolib says around half of the cars will end up on the scrap heap, others will be used to bolster Bolloré's car-sharing schemes in Lyon, Turin and Bordeaux while the rest will be sold off to private companies.
Paris has vowed to find replacement car-sharing systems, with Renault planning to soon roll out its own fleet of electric cars on the streets of the French capital.
As for the 3,200 docking stations in Paris and the surrounding area, authorities have not decided what to do but there are suggestions they will be made available to owners of electric cars. But that's cold comfort for the roughly 250 Autolib employees at risk of losing their jobs.
The company's failure is the latest in a series of transportation headaches for Hidalgo, already taking heat over the bungled change of operator for the city's flagship bike-sharing system Velib, which resulted in a huge shortage of bikes.
Her decision to close off major roads along the Seine river to traffic has also infuriated many drivers, who say she has simply made traffic jams worse.
“There is a major problem with mobility options in Paris,” the centre-right national government spokesman Benjamin Griveaux, tipped as a candidate for mayor in 2020 elections, told Radio Classique.