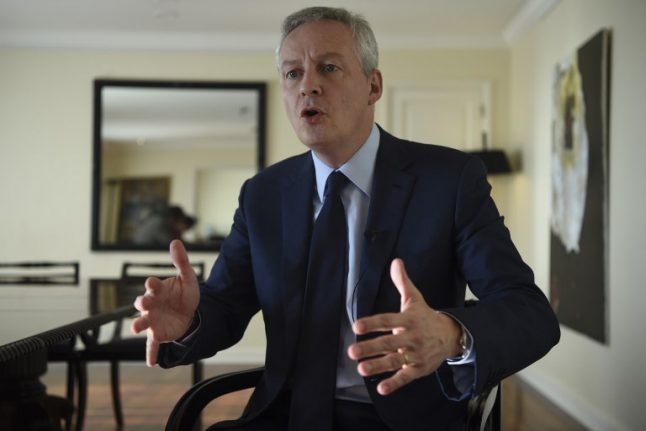 Le Maire said Europe as a whole was worried about being dragged into a global trade war that would leave everyone as “losers” after US President Donald Trump initiated retaliatory measures by hitting China and traditional allies the EU, Canada and Mexico with trade tariffs.

“We are all, particularly us European countries, worried about this trade war that was launched a few weeks ago,” Le Maire told AFP from Buenos Aires, where the two-day Group of 20 summit amongst finance ministers got underway.

“This trade war will produce only losers, it will destroy jobs and put pressure on global growth.

Lagarde said that taking into account “current announced and in process measures” an IMF simulation “indicates” that in a worst case scenario a half point would be cut from global GDP, amounting to some $430 billion.

And this despite projected growth in the world economy of 3.9 percent.

What concerns Le Maire the most is how supposed allies have ended up fighting over trade.

“Americans and Europeans are allies, we cannot understand how us, Europeans, can be affected by US trade tariffs,” he said.

“What we want is to reconstitute trade multilateralism. Global trade cannot be based on survival of the fittest.

“We understand that there is a problem with a global trade, a difference based on access to public markets.

“In some states, access to public markets are too restricted by state aid. Certain countries give their businesses subsidies and these create unacceptable competitive imbalances.”

Le Maire said the only way to solve such issues was through dialogue between the US, EU and China, rather than an escalation of punitive measures.