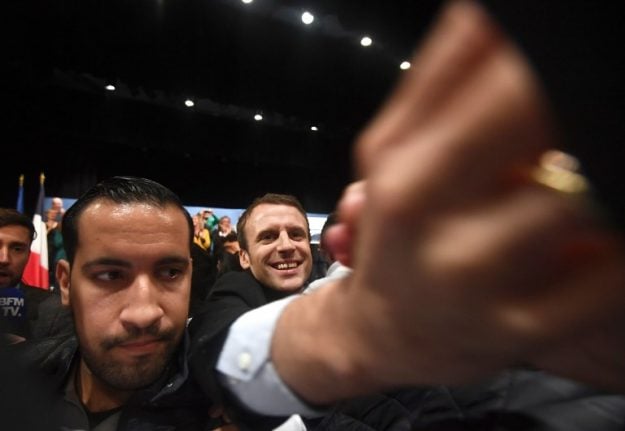 So far Macron has refused to address the potential charges against Alexandre Benalla, 26, who was fired on Friday after a video emerged where he is seen beating up a young man during a May Day demonstration in Paris.

Benalla is seen wearing a police helmet and visor while assaulting the man alongside police, though Benalla is not a police officer and Macron's office has said he was only supposed to be accompanying the police as an observer.

An investigating judge opened an inquiry Sunday before auditioning Benalla and his associate Vincent Crase, an employee in Macron's Republic on the Move (LREM) party who also attended the protest.

Three police officers suspected of providing video surveillance footage to Benalla last week so he could try to clear his name will also be questioned Sunday.

The man struck by Benalla, along with a young woman whom Benalla violently wrestled to the ground during the scuffles with police — seen on a second video of the incident which emerged on Thursday — are also expected to testify at a later date. Investigative commissions have been created in both the National Assembly and the Senate, with some lawmakers accusing the government of trying to cover up a scandal which should have been reported to prosecutors immediately.

Since last Thursday they have effectively blocked the government's efforts to debate a constitutional reform bill promised by Macron during his election campaign.

It was not clear who informed Benalla's superiors of his assault, but Macron's office said last week that he had been suspended without pay for two weeks in early May and transferred from security affairs to an administrative role.

Yet Benalla has continued to be seen in Macron's security details since then.

Laurent Wauquiez, the head of the rightwing Republicans party, accused the government of “trying to camouflage a matter of state”.

But an LREM spokesman, Gabriel Attal, said that if Macron addressed the issue now, “we'd have indignant commentators everywhere saying his comments could influence the inquiry.”

Collomb will appear before MPs for questioning on Monday morning, after media reports suggested he knew about Benalla's assault but kept quiet. Benalla was taken into custody Friday after his dismissal, and is facing charges of violence by a public official, impersonating a police officer and complicity in unauthorised use of surveillance footage.

A source close to the inquiry said that Macron's cabinet chief, Patrick Strzoda, had been questioned by investigators on Thursday.

The affair is particularly embarrassing for Macron since he won the presidency with pledges to restore transparency and integrity to the nation's highest office.

Adding to the controversy, Le Monde reported Friday that despite his suspension Benalla was allowed this month to move into a palatial mansion along the Seine reserved for Elysee workers.

He was also being provided with a car and driver, the paper reported.

“Macron defenceless,” the Journal du Dimanche said in a front-page headline on Sunday over a picture of the president and Benalla. 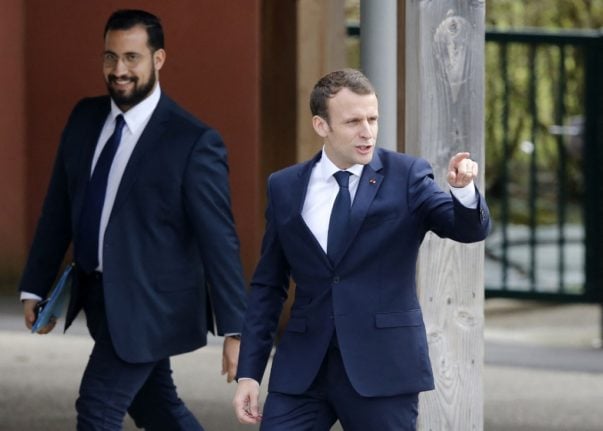 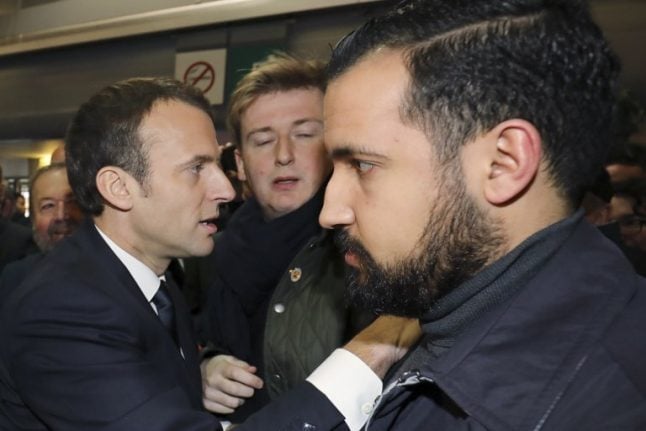 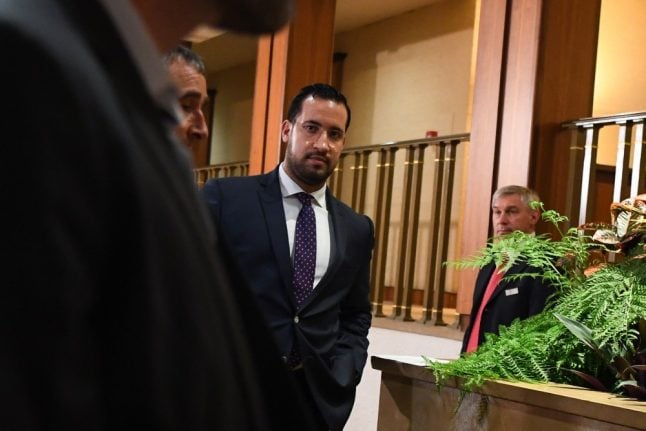